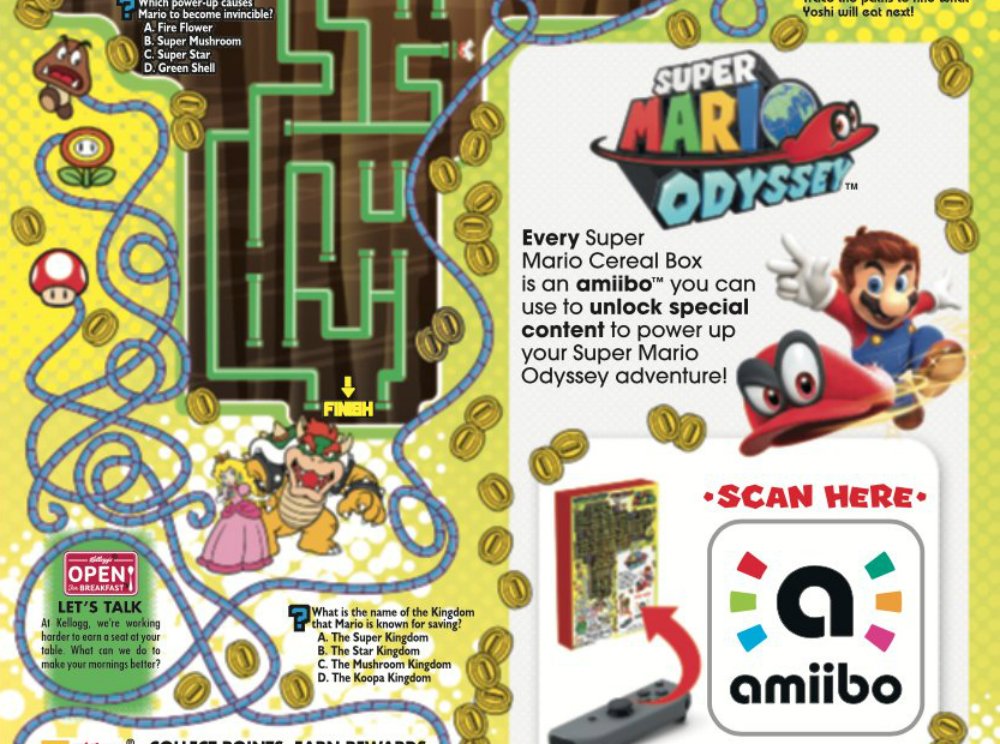 The unlock is pretty menial, which is great

Yesterday Nintendo confirmed the existence of the Mario amiibo cereal in a vague tweet, noting that it would hit shelves on December 11.

Since then the actual product was revealed, with the back of the box stating that you’ll “power up your adventure” in a generic sense. Given that it could mean anything, the actual blog post explains that tapping the amiibo box to an NFC point on the Switch will unlock “gold coins or a heart” for players in Super Mario Odyssey. Yep, that’s it — it’s like like underwhelming cup from Dexter’s Laboratory that never spills.

But that’s good! A lot of you out there hate that amiibo figurines are becoming more and more prevalent when it comes to big bonuses, so you aren’t really missing out. In the meantime you can also take a look at the back of the box below.