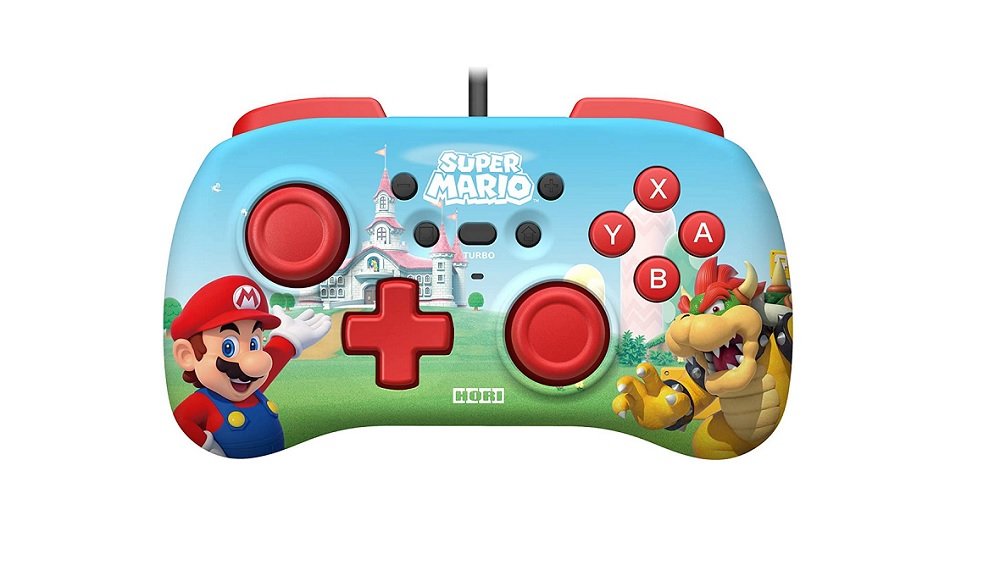 Nintendo has revealed two charming new Switch controllers, which are being released  to celebrate the 35th anniversary of one of the publisher’s most beloved franchises: Super Mario.

The first controller is manufactured by fighting game enthusiasts Hori and is designed with younger players in mind. The Horipad Mini sports a chunky, rounded design and features slightly larger buttons, despite being smaller overall than the standard Switch Pro Controller. While it features Hori’s typically solid components, this wired pad does not include feature rumble mode or gyro controls.

The second controller is manufactured by PowerA and is of a more traditional shape and size than the Hori example. Styled in red with a golden “M” emblazoned on its face, the PowerA Enhanced Controller features mappable buttons, an audio jack, and a detachable 10-foot cable, allowing for both wired and wireless play.