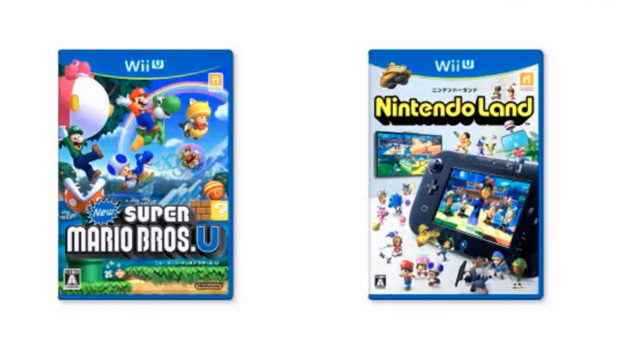 During tonight’s Nintendo Wii U Launch presentation for the Japanese audience, the console manufacturer revealed the first two first-party titles for the new console, which will be available when the system releases in the Land of the Rising Sun on December 8th.

As expected, the multiplayer party game NintendoLand will be a launch game, as will New Super Mario Bros. U, which I think we can all safely assume will be more of the same. Both titles will be available either on disc or in downloadable form. NintendoLand will sell for ¥4935 and NSMBU will retail at ¥5985.

There will no doubt be a whole bunch of software showcased. Hell, they’re going to do an entire other presentation focused on that later. But, for now, we know of the two and it marks the first time since the Nintendo 64 that a Mario title has launched a home console. Does that get you fired up?