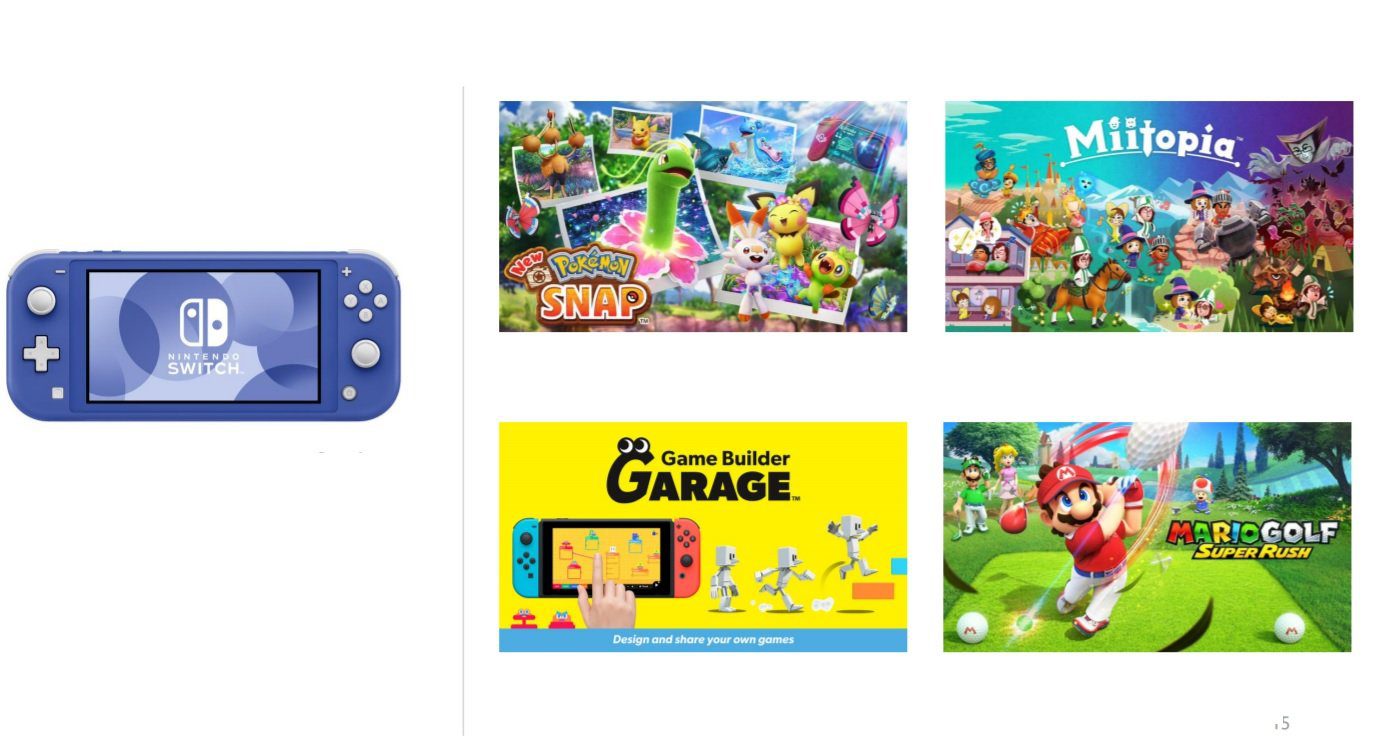 In case you missed it, Nintendo posted their financial results this morning for the fiscal year ending in March 2021, and there’s a lot to parse. Go ahead, read it! Back? OK we’ll head into what’s to come now that you’re done catching up on what has been.

Although it wasn’t mind-blowingly revelatory, Nintendo gave us some insight into what this summer might look like before we get potentially more surprise-summer releases, and deal with the fervor of E3. Pokemon Snap just launched of course, but on May 21 we’re heading into Miitopia territory.

Following that, we’re getting Game Builder Garage on June 11, which was just announced (good timing!). Then on June 25 Nintendo is pushing out Mario Gold Super Rush, which we’ll probably hear more about at E3. From a hardware perspective, the Nintendo Switch Lite is coming out with a new color (blue) on May 21.

In non-Switch news, Nintendo reminds us that Super Nintendo World technically had a grand opening on March 18 (which has hit some snags), and they also have a Pikmin app coming. We’ll get more soon enough, but this is what their schedule looks like for now as a lot of big-time projects have been pushed back.