Respect to the U

It’s been a hell of a decade for Nintendo: for me, especially.

Even if the Wii U didn’t sell as well as Nintendo would like, I had a lot of good times with it, as this new visual guide shows. Shared by Nintendo this week, it’s packed with memorable goodies, like the 2014 launch date of amiibo, the 2011 arrival of the original 3DS (before the billion incarnations, a few of which are highlighted here), and both Classic/Mini/Retro console launches.

We also get a good look at some of the heavy-hitting games Nintendo put out across all their platforms, like Mario Galaxy 2 (which slipped in right at the start of the decade in 2010 as the Wii U was on its way out), Tropical Freeze, Pikmin 3 and Mario Kart 8 (which skipped over the Wii U title and went straight to the Switch’s Deluxe moniker for the poster).

Interestingly only Fire Emblem Heroes represents the mobile side, while the Pokemon Go Plus device reps Pokemon Go, which isn’t technically a Nintendo production. 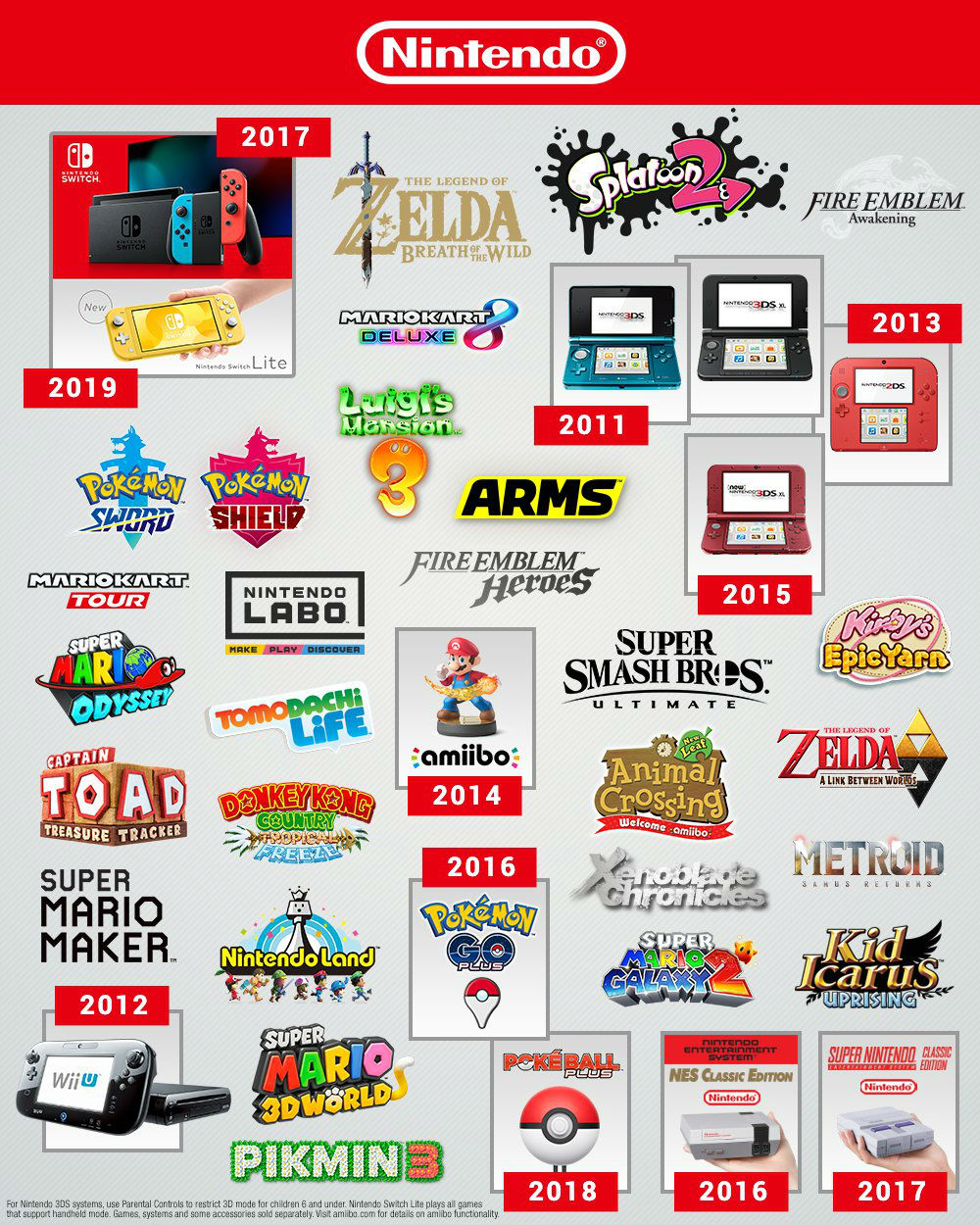