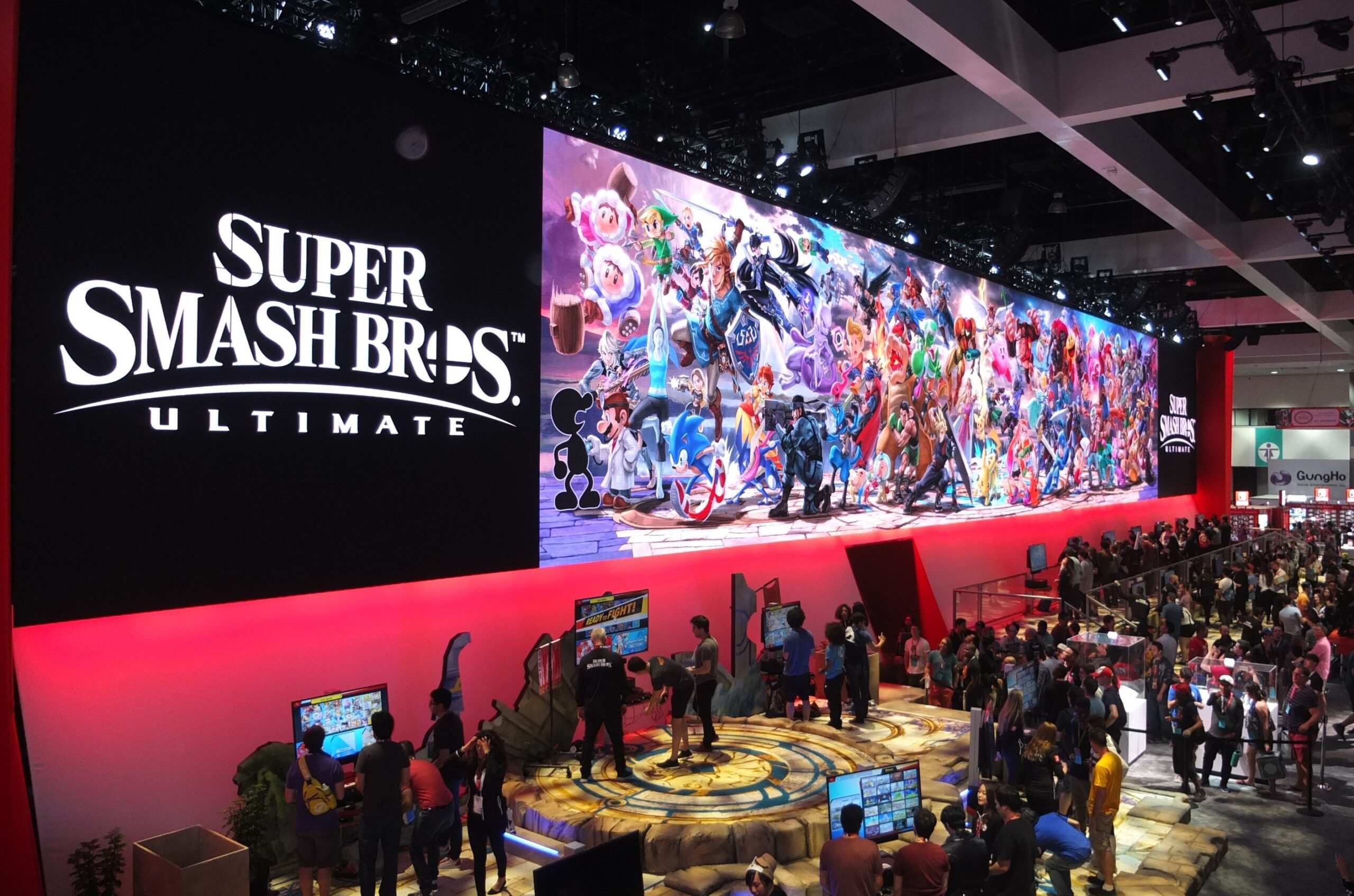 We’re just days away from the last Masahiro Sakurai reveal for Smash Ultimate, and when that’s it, that’s it.

While there could be an opportunity for a surprise announcement of another pass, or even another DLC character down the line, Sakurai has made it clear that this is the end of the line for Smash Ultimate. Once the final character is out, we really have no clue what to expect from Smash Bros. as a whole. I mean, Nintendo is going to do something with it eventually, it makes way too much money, but the jury is out on what Sakurai will be working on next, or when he’ll even retire.

First up Nintendo shares official pictures of the initial reveal, which happened at E3 2018. They share that the screen that they showcased the fighter mural on was 6m x 45m:

While the last Sakurai reveal is looming, they gave us a glimpse at some E3 ornaments, including a life-sized Sandbag character, as well as odds and ends (weapons) from fighters like Bayonetta, Shulk, and Link:

Another key element of Smash Ultimate was the Ridley reveal, which also happened at E3 in 2018. Since then, over three years, 16 reveals have been done, and Nintendo notes that they’ve gotten a lot of positive feedback on them:

This last Sakurai reveal is going to be pretty bonkers, and I hope they go all-out on it. The final set of Mii costumes will also be revealed at that time, and I bet they have some tricks up their sleeve. That said, I could go for another pass: there’s so many people they haven’t added yet.