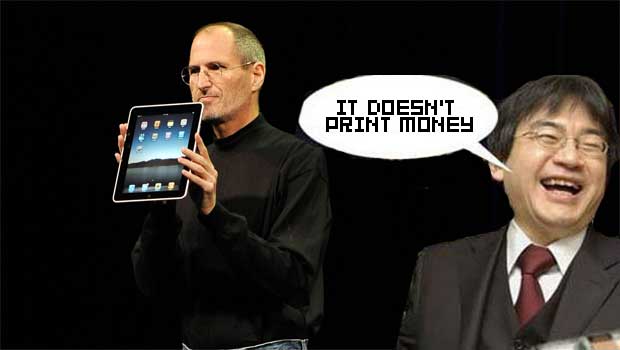 While the words “It was a bigger iPod Touch” rang throughout the Internet upon the reveal of Apple’s iPad, the source of this particular quote is a bit more interesting — Nintendo’s president, Satoru Iwata.

Iwata felt the reveal and hardware was unsurprising, while denying rumors that the next iteration of the Nintendo DS would support motion controls.

The president is also unsure of the “big winner” at this year’s CES, 3D gaming.

”I have doubts whether people will be wearing glasses to play games at home. How is that going to look to other people?” he said, obviously unaware of how ridiculous people look like playing some current Wii titles. Iwata also brings up an interesting point regarding long term health effects 3D gaming sessions, which theoretically would last longer than your typical 2 hour movie, might have on players.