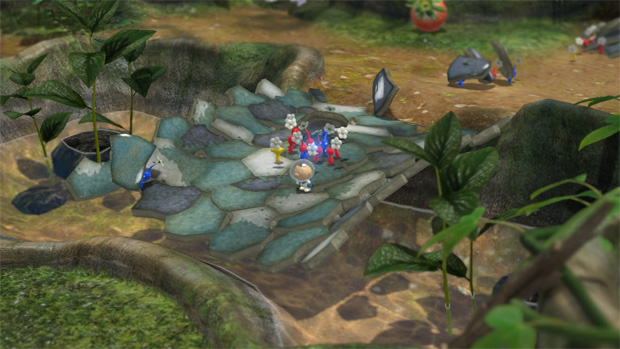 That’s not how you spell “launch day!”

The new Iwata Asks column covers the Wii U GamePad in great detail from the perspective of the people who worked on it, but that isn’t all that’s mentioned. Showing that we ought to read all of those notes, one of them (via NeoGAF) mentions Pikmin 3 is set for “the spring of 2013.”

A bit disheartening, especially since Pikmin 3 was previously listed as having a launch-window release. To be fair, they did say the period would extend through March, so that wasn’t technically inaccurate. Still, I think many of us were hoping for something sooner.