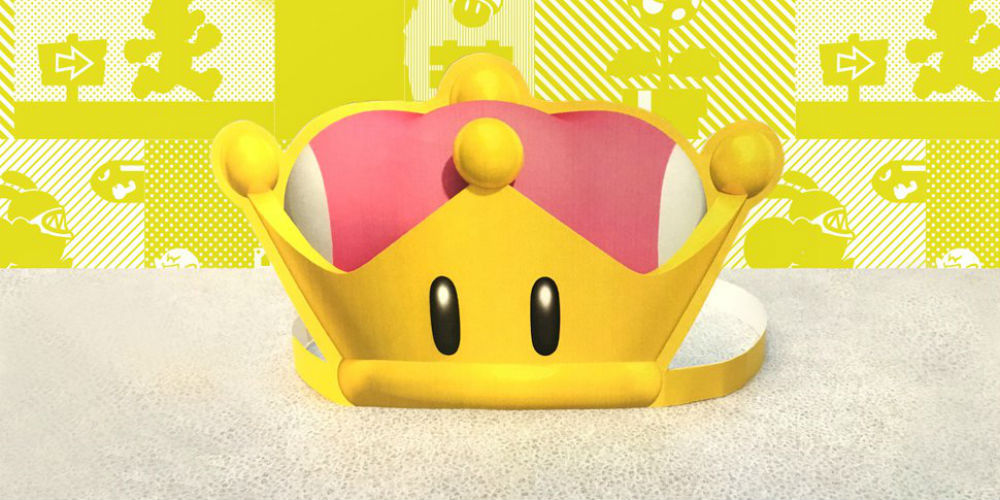 The crown that started a fandom

Now that New Super Mario Bros. U Deluxe is out in the wild (and doing well, apparently), it’s time for the miscellaneous Nintendo marketing to roll out.

This time it’s none other than: an arts and crafts project! This one is as simplistic as it gets in the form of a papercraft Super Crown, the power-up that only Toadette can pick up that turns her into Peachette. You probably won’t want to spend time making this unless you have a child (I’m kind of tempted), but the option is there nonetheless. It’s incredibly easy to do, you just need tape and scissors.

“Kids, ask a grown-up for help!” will never not make me smile.