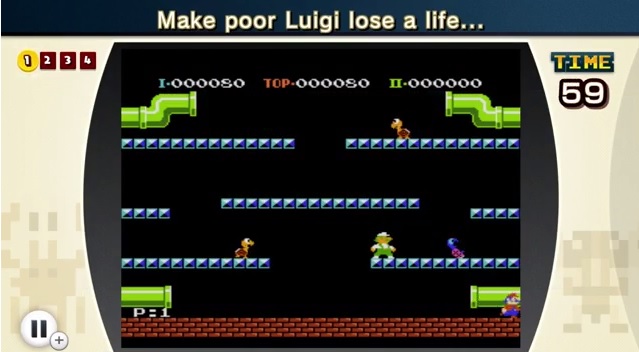 Year of Luigi no more

In this, our Year of Luigi, 2013, a terrible thing has happened.

Somehow, this one minigame in NES Remix seems to have slipped by Iwata. Is it a conspiracy from Reggie to axe the extended 2014 Year of Luigi celebration? Who knows. But be warned, this video is not for the faint Luigi fan at heart.

Will Luigi even make it into the extended 2014? If Reggie had his way, it doesn’t look like it.