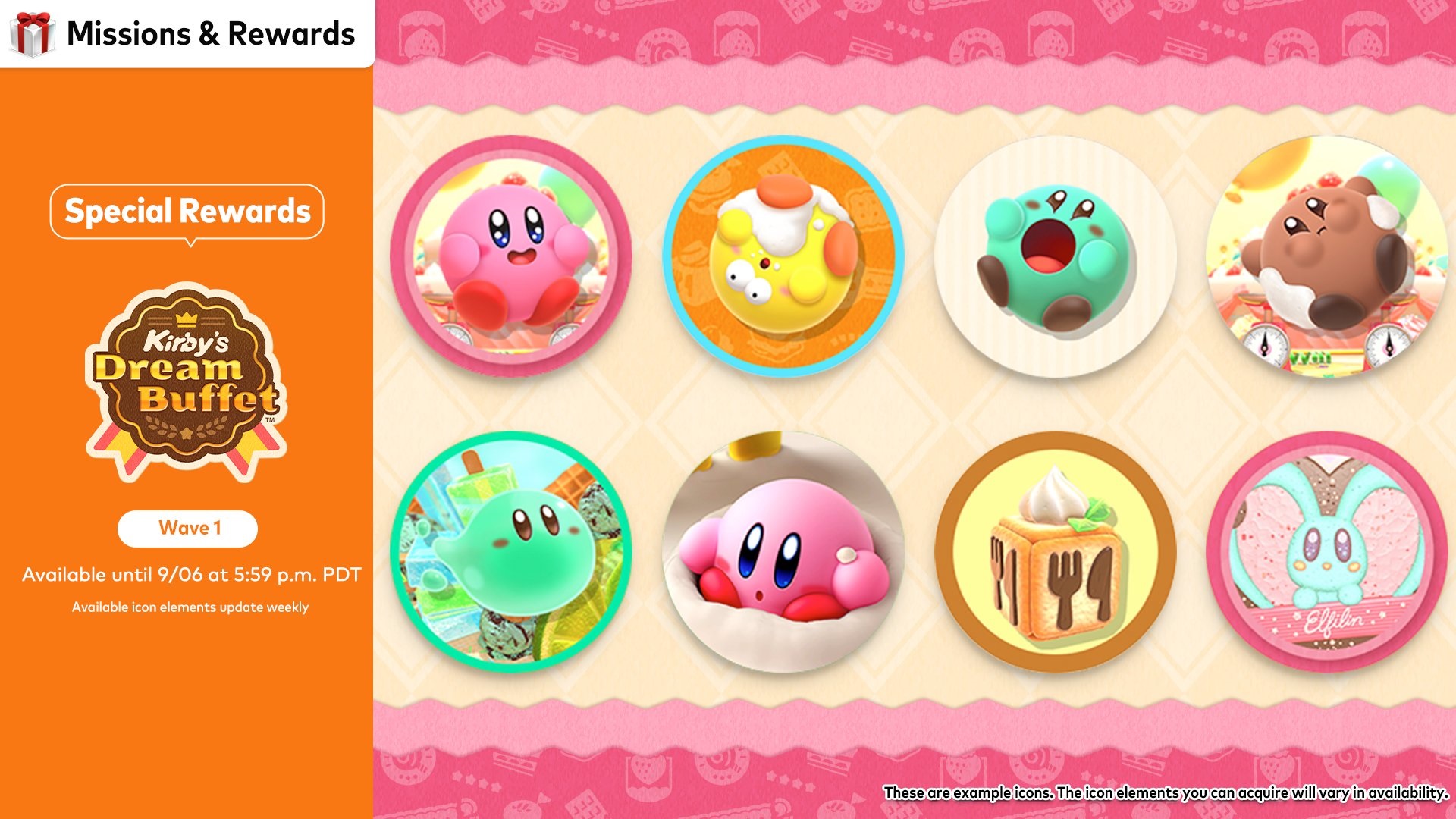 As you may recall, Dream Buffet dropped in a low-key manner a few weeks ago for $15 on the eShop. Given the relatively short amount of time from its announcement to launch, a lot of folks were confused as to what the game even was and/or if it was free-to-play. Much to the delight of many, it ended up being a fully premium game with no microtransactions, and a host of unlocks. If the online functionality is shored up, it could become even more enticing as a longer-term party game.

Either way, the Dream Buffet subseries is now in full swing, and these Switch icons prove it. While they’re mostly Kirby (the character) related, they’re also showing off multiple iterations of the Puffball, akin to all the alternate versions of Yoshi in games like Mario RPG or Yoshi’s Island/Super Mario World. On top of that, you can pick up Dream Buffet‘s version of an item block (like Mario Party), as well as an icon for Elfilin from Kirby and the Forgotten Land. You can pick them up from now through September 6 at 6PM PT.