There was a lot of buzz about Nintendo’s weird new foot/exercise peripheral during this year’s E3, but we haven’t heard much about Wii Fit since then. Now, Famitsu’s Express Blog gives us a Japanese release date and price, straight from the Fall 2007 Nintendo Conference in Japan.

Just in time for the Holidays, Japan gets the Wii Fit bundle (game and board controller included) on December 1st, for the price of 8,800 yen (just over $75). That’s a small price to pay to start working of those post-Thanksgiving pounds.

Also, could this be the new Wii SKU we’ve been hearing about?

Famitsu also managed to snap a shot of Shiggy (Shigeru Miyamoto) demonstrating Wii Fit. See that picture after the jump. 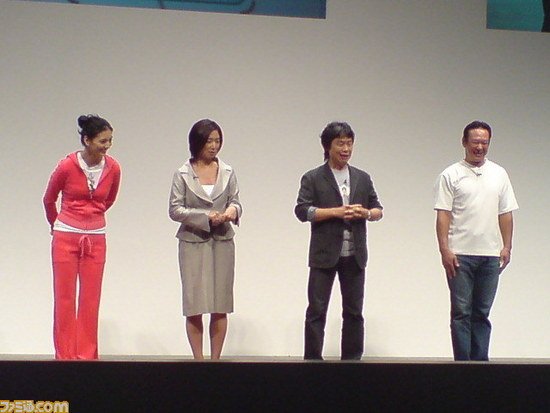