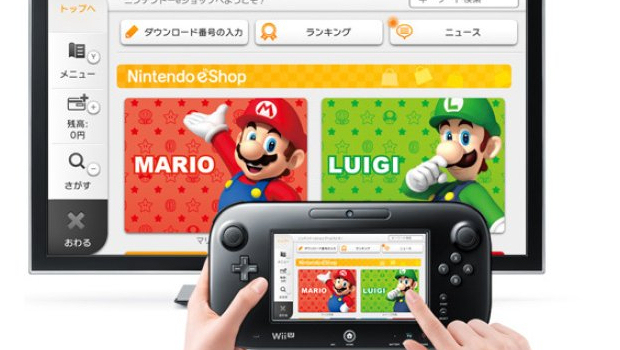 Look at the thing where you buy stuff from a thing

Nintendo Japan has released an image showing off the Wii U eShop design for the first time. The eShop is going to contain full digital versions of retail games, download-only titles, and a host of other apps. In other words, it’s going to try and be a real storefront this time!

As you might expect, it’s a bold and colorful interface, as Nintendo’s penchant for fun menus continues unabashed.

I’m excited to see the eShop in all its glory (it’s not up for our early Wii U yet), but I hope Nintendo learned from the 3DS’ effort. Regular content, a layout that doesn’t separate games into weird and arbitrary categories, and an overall streamlined download process would be great.

Wii U eshop – first picture of the Japanese version [ONM]