Atlus is taking the reins

A billion years ago, SMT x Fire Emblem was teased for the Wii U and then went radio silent for quite a while. Last month, Nintendo announced the game’s new name, Tokyo Mirage Sessions #FE, and that it would be coming West on June 24. Up until this point, many had assumed Nintendo was in charge of localization since it was heading up publishing duties.

–Game Informer reached out to Nintendo to clarify, and received this statement:

Tokyo Mirage Sessions #FE was localized by Atlus in a way that is consistent with the localization work they do on games they publish. It was a priority to ensure the game feels familiar and appeals to longtime Atlus fans. Any changes made to the in-game content were due to varying requirements and regulations in the many different territories Nintendo distributes its products.

As Nintendo has received some flak for its recent changes to Fire Emblem Fates and Xenoblade Chronicles X, this could be it passing responsibility off to Atlus. I’m generally a fan of Atlus’ localizations, so this seems like a positive to me. There’s also a nice collector’s edition coming out exclusive to GameStop and Amazon. For $79.99 you get the game, an artbook, six “song cards,” a sheet of stickers, a soundtrack CD with six tracks, and five pieces of DLC that are usually $1.99 each.

Hopefully the long, long wait will be worth it come June 24. 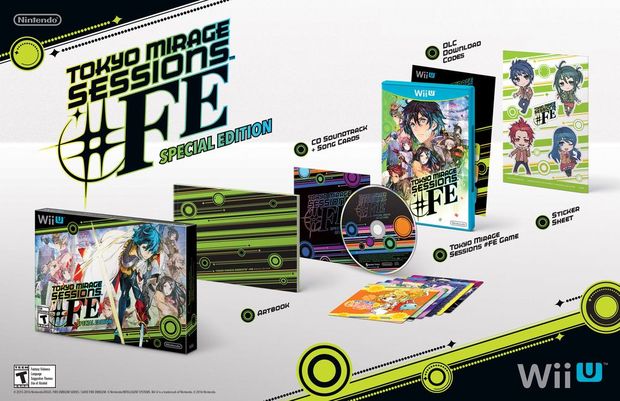