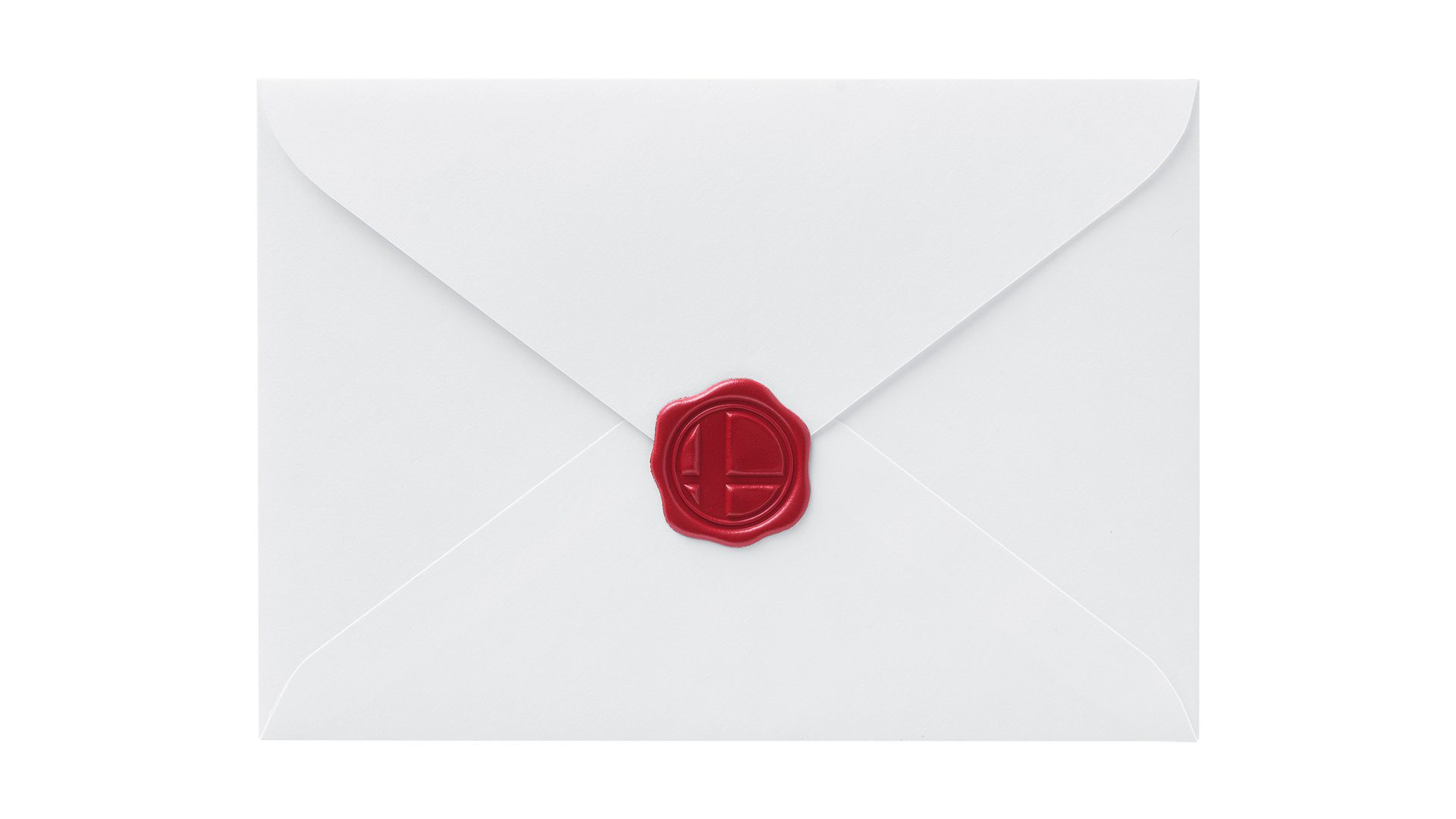 At this point the “Smash Invitations,” which are merely letters with the Super Smash Bros. seal on them to signify that a character has been “invited” to serve as paid DLC, are ubiquitous with the Nintendo brand.

The publisher even emblazoned the letter-logo on gift cards back when the first Fighters (Season) Pass was being peddled, and a lot of arts and crafts-gifted folks have taken to making their own sets. Now you don’t have to do any work: so long as you have a Japanese My Nintendo account and 400 Platinum ready to go.

Announced on the official Japanese Smash Bros. account, the letter set is now a “new My Nintendo gift,” which you can purchase for 400 Platinum Points. According to Nintendo the rush to grab them will begin on July 15 in the region, which will no doubt crash the website at some point.

As a note, the set comes with envelopes, seals and letterhead so you can send a real invitation to people if you want. If you have a friend in Japan, ask them to grab one for you! Between this and the European physical gifts recently, the US arm of My Nintendo is looking really glum right now.