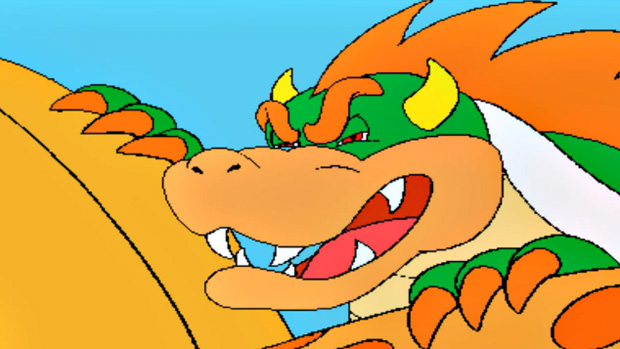 Time to collect the Mario tax!

The last time we heard about a major game publisher slapping the wrists of innocent YouTube channel operators, it was SEGA forcing the removal of videos that so much as breathed word of the Shining Force series. Whatever reason a company has for punishing fans who merely want to share love for their favorites games, I’m not buying it.

Now it’s Nintendo with a shifty look in its eyes. Let’s Player Zack Scott has taken to reddit, revealing that Nintendo is in the process of taking ownership of his gameplay videos, starting with LPs of Super Mario 3D Land. It’s not a complete takedown as was the case with SEGA, rather an action taken via YouTube’s Content ID system to redirect ad revenue to Nintendo’s pockets instead of the video creator’s. It’s not an isolated event, either — several other YouTubers have also confirmed claims against their own Mario-related game footage.

You could make the argument that content creators shouldn’t expect to earn revenue from footage of a game they can’t personally claim legal ownership of. But as Scott expressed in a follow-up post on Facebook, LPs offer a blend of entertaining commentary and helpful guidance that could even inspire interest where previously there was none. The success of these videos relies on the talent and likeability of the authors almost as much as on the game itself, sometimes more so.

Over on GameFront, a Nintendo rep explains that as part of its push into social media, the company registered copyrighted content in the YouTube database. “For most fan videos this will not result in any changes,” the rep explains, “however, for those videos featuring Nintendo-owned content, such as images or audio of a certain length, adverts will now appear at the beginning, next to or at the end of the clips.

“We continually want our fans to enjoy sharing Nintendo content on YouTube, and that is why, unlike other entertainment companies, we have chosen not to block people using our intellectual property.” See? You can still produce anything you like! Nintendo will just keep the money you ought to be earning for itself. That is unbelievably ballsy.

The only videos being claimed thus far are recent releases — Super Mario 3D Land, New Super Mario Bros. 2, New Super Mario Bros. U, and Mario Kart 7. Nintendo is specifically targeting newer titles still in wide availability. If the company was genuinely concerned about such content sharing, it should be going after everyone. By being so selective, it’s almost as though Nintendo feels threatened that people would watch these then decide they don’t need to buy the game anymore. Non-interactive footage is hardly a valid substitute for hands-on play, so any suggestion to the contrary is absurd.

There is a silver lining, though. It seems that Nintendo genuinely wants fans to continue making LPs and related content without fear of serious repercussions. These content claims suddenly appeared out of nowhere and caught people off guard; I merely hope these LPers and Nintendo can sort this mess soon.