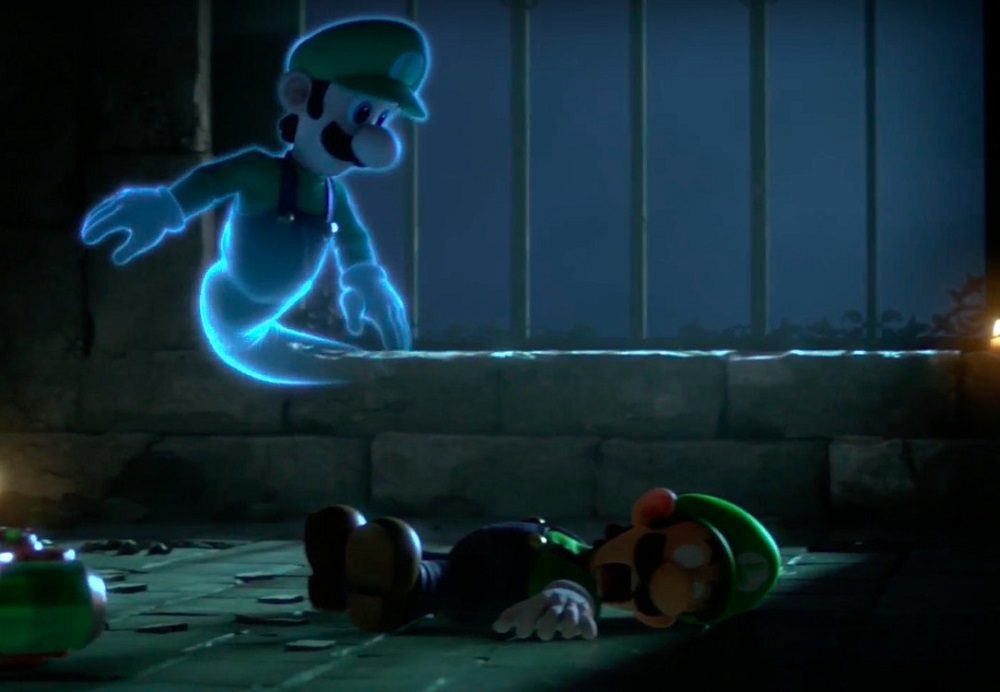 That Direct needed a ‘Mature’ rating

He just wanted to vacuum up some ghosts, that’s all. When Mario’s plucky brother Luigi entered that dank gothic mansion yesterday, during Nintendo’s Super Smash Bros. Direct, he was armed with his funny ghost-bustin’ device and an amusing sense of cowardice. Oh, how we giggled as he dashed around the creepy homestead, being shocked by mummies, animated furniture and other such ghoulies. Oh, Luigi! You try so hard!

Then, it happened, Luigi came face-to-skull with a supernatural foe unlike any he’d faced before. For this is Castlevania, and Luigi stood before not just any spectre, but Death. Death itself, wielding its trusty scythe and staring with hollow eyes that scream with the plight of a million lost souls, about to become a million and one.

With a swing of the scythe, it was over, and the Nintendo community, watching and laughing online, went cold. Death had claimed its latest prize. Death had killed Luigi.

It was a weird and surprising moment, and of course something not to be taken too seriously. In fact, a stinger at the end of the trailer showed the spirit of the Brooklyn plumber comically attempting to re-enter his corpse, Luigi’s corpse. Not since Goofy in Kingdom Hearts II had a company depicted a mascot in such dramatic fashion.

But video games are just japes, we all know that, Nintendo most of all. None of these shocks (Such as Mario’s impalement by Metroid’s Ridley during the last major Smash Bros. reveal) count for squat. However, just in case people were still left traumatised by the moment, Nintendo VS UK leapt to the rescue with a tweet, casually confirming that Luigi was, in fact, NOT dead. It was all a work, clearly designed to emotionally manipulate us and distract us from the fact that Shantae was not revealed as a new roster member.

So dry those tears, Nintendo fans. Our boy Luigi is fine, and next time he stares death in the face, I’ll wager he’ll be ready. Bring a pocket watch sub-weapon next time, pal.