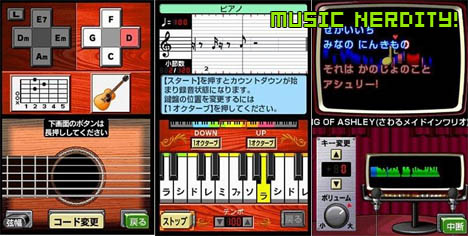 Regular readers know and have heard me say often that my favorite DS game is the Japanese music/rhythm game Daigasso! Band Bros. And it will continue to hold that title for another… few days, until my import copy of Daigasso! Band Bros DX comes in.

Those that chose to go the less legal route (Nintendo probably does not look favorably on importing either) and download the newly released game might be running into a bit of block, and it seems this block was intentional. Word is that this game uses 1mb save instead of the traditional 512kb, and that these saves aren’t loading correctly on some flashcarts.

Of course, the hacking and piracy community won’t take defeat so easily. DS Fanboy says that some have defeated this limitation already. But, even after all of this, they still can’t grab any of the 200 downloadable songs available through the Nintendo Wi-Fi Connection.

In the long run, I’m sure the hackers will go out of their way to implement all of these songs into the ROM. Why not just buy it, though. I’d think dropping $40 at an importer is better than the download-wait-hack-wait-repeat process. Besides, I think it would make a fine addition to your gaming library.