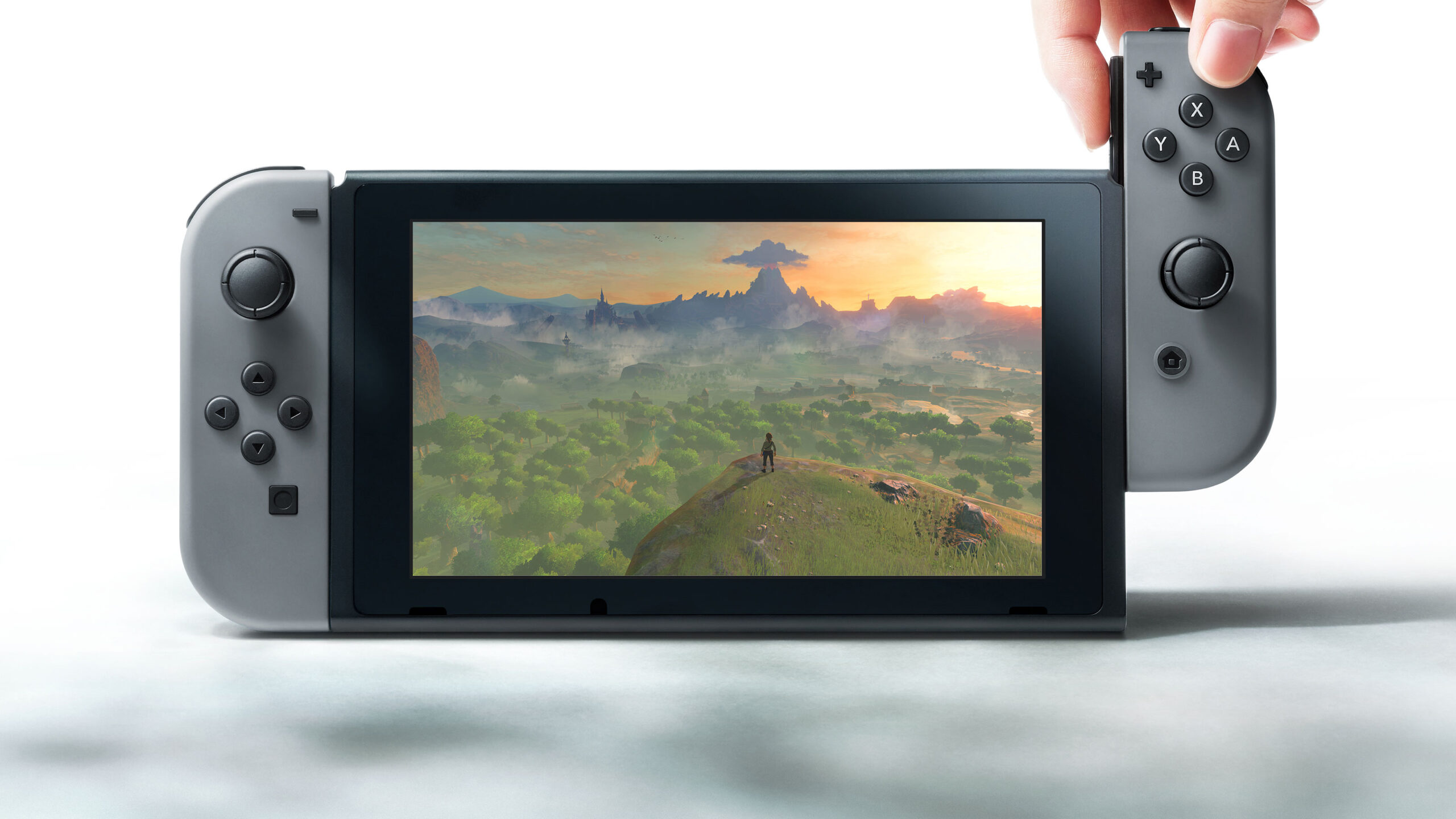 Much like Morpheus rose from the ashes to become PSVR, or Dolphin became GameCube, the NX has become the “Nintendo Switch.”

Nintendo kicked off its promised announcement this morning by showing its capabilities, like “switching” to a game from your home, on a plane, and on a controller, and a Switch tablet. Zelda was shown of course, as was Skyrim, NBA 2K, what seems to be a new 3D Mario game, Splatoon and a Mario Kart — the latter two could be akin to new “Game of the Year” editions.

Most of the leaks were correct — you can slide out controllers from the tablet, and play games at home or on the go, which can come in cartridge form. At home it will rest on a “Nintendo Switch Dock,” which connects to the TV. Then you can lift it out to “transition to portable mode,” with a “bright high-definition display,” and utilize the “detachable Joy-Con controllers” (which can be used by one person with one in “each hand,” by two players with one each, or “numerous people.” A “Nintendo Switch Pro Controller” is mentioned (yuck, another thing to buy if Wii U Pro Controllers don’t work), and you can bring Switch systems together for local multiplayer (cool).

It looks neat, but a lot of the stuff shown so far has been ports (even ports of Nintendo’s own existing Wii U lineup) — ether way, the Wii U seems to be completely phased out based on this trailer even if the Switch doesn’t have an exact date yet (it’s expected in March). You can read the full list of partners below, which includes Nvidia.