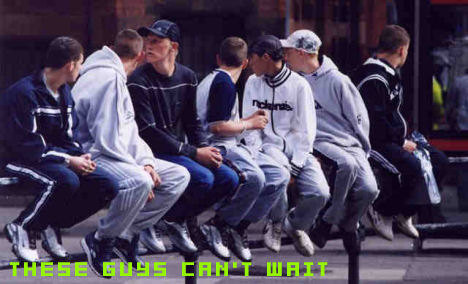 Surprisingly, Nintendo is actually doing something in Europe by introducing a range of “Nintendo DS Centers” (or “centres” as my countrymen would call them), which are due to hit selected stores including GAME, Argos, HMV, Zavvi, Toys ‘R’ Us, Woolworths and Asda. I personally don’t make a habit of going into any of those.

The DS Centers will contain demos for Sight Training (aka Flash Focus), Nintendogs, Big Brain Academy, New Super Mario Bros., The Legend of Zelda: Phantom Hourglass and Animal Crossing: Wild World, all of which can be downloaded onto the handhelds. They’ll be hitting the South East first, before branching out.

I personally find it no coincidence that Nintendo UK made this announcement only a day after I bought a brand new DS Lite (one of the nasty new puke green ones, pics hitting the CBlogs soon). It is obvious that talk of Sir James Sterling owning a console generates increased interest and, of course, an explosion of revenue.

I have caught so many Pokemans.