It picked the game up on its Geiger counter

Just days after Nintendo took down a fan remake of Metroid II and an archive of Nintendo Power, the developers behind the fan-made Pokémon Uranium announced that Nintendo lawyers have requested that it be taken down. The not-for-profit fan project had just released on PC for free and was met with 1.5 million downloads. It was in development for over nine years and included 150 new custom-made Pokémon and a new type called Nuclear.

Nintendo continues to show it means business when it comes to using its highly-popular and highly-valuable intellectual property, though it’s not alone. It wasn’t too long ago that EA and Lucasfilm forced Frontwire to terminate Star Wars: Galaxy in Turmoil. Whatever happened to loving your fans? 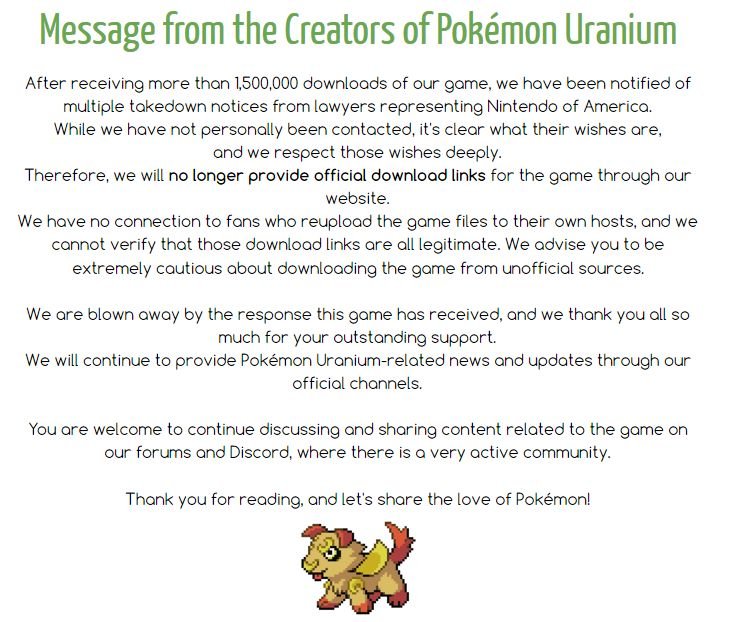