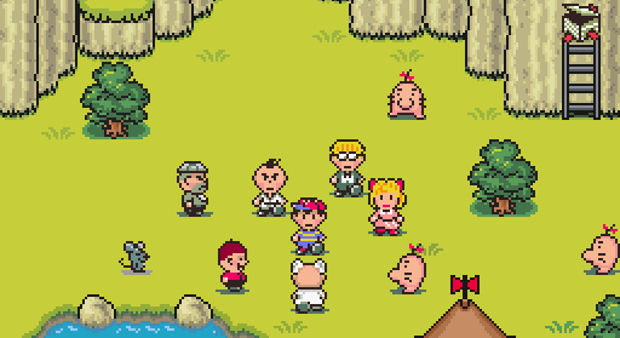 NDA prevents game’s localizer from telling his story of development

Earthbound stands as one of Nintendo’s most beloved cult classics. Known as Mother 2 in Japan, the franchise’s loan release in North America is still highly regarded for its unique setting and characters, and, above all, one of the genre’s most revered localizations.

For Marcus Lindblom, the game’s localizer, it has become more than just another game in is long career in the industry. Fueled by last year’s virtual console release on Wii U, the game has seen a revival of sorts which has in turn has propelled Lindbolm’s fame amongst fans.

In an interview with Polygon, Lindblom has shared his recent desire to return the goodwill from Earthbound devotees with a book recounting his experience with the game’s development. Unfortunately, Nintendo doesn’t want this story shared.

“It isn’t anything that I can speculate on,” he told Polygon. “All I will say is I was the one who went and talked to Nintendo because I thought I might as well see if I can get their blessing. I asked them and they came back and said we’d rather you didn’t.”

Respecting the NDA Lindblom signed, he has agreed not to publish the book which he planned to Kickstart to cover the publication costs.

“My goal was always to honor the game and the fans and Itoi’s writing,” he said. “I am going to honor Nintendo’s wishes that I don’t put something down into a book, but I know that the fan community is owed some tidbits of information and I will continue to do that and to talk about it.”

Why did Nintendo quash a book about EarthBound’s development? [Polygon]