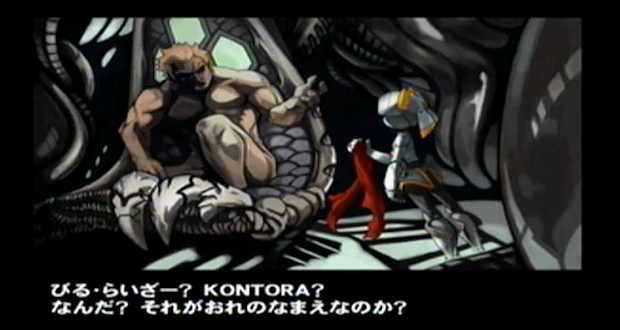 It’s yet another thrilling week on the Nintendo Downloads front, people.

Look forward to going backward again this afternoon as Super Return of the Jedi hits Virtual Console. Priced at 800 Wii Pretend Bones, this downloadable is sure to impress even the nastiest Ninja Gaiden players with its ridiculous difficulty and off-screen-attacking action. Prepare to Jedi up and cry yourself to sleep.

Konami’s Contra Rebirth and Exkee’s ColorZ are the two games hitting the WiiWare platform for the week. Rebirth — priced at 1,000 Wii Points — is a 16-bit Contra title that features the same kind of side-scrolling action that the previous twelve releases have. There’s no sense in fixing something that isn’t broken, eh? ColorZ, on the other hand, is a different title. Players control a space ship that can absorb colors. (Feel free to hit the break to read the full explanation of this thing.)

Clubhouse Games: Express: Family Favorites is the DSiWare title this week. It’s a conglomeration game that offers several classic card games — Hearts, Bridge, etc. It is available because people have yet to figure out the Internet.

And that’s it. What the hell are you playing this week?

Contra Rebirth
Publisher: Konami
Players: 1-2
ESRB Rating: E10+ (Everyone 10 and Older) – Fantasy Violence
Price: 1,000 Wii Points™
Description: Chief Salamander and his Neo-Salamander Force travel back to 1973 A.D. to invade Earth. They land in Central America and take control of the Shizuoka ruins on the Yucatan Peninsula. There, the aliens plan the destruction of all the “Contra” on Earth. The Galactic President calls on Lance Bean, a member of the elite “Contra” warriors, to save the day, but his sudden disappearance jeopardizes the safety of the planet. Now, Bill Rizer and samurai Genbei Yagyu are the last hope for Earth. They must pick up their weapons and defeat the evil Neo-Salamander Army before all is lost. Experience the fast-paced, action-packed, side-scrolling adventure that pioneered the run-and-gun genre.

ColorZ
Publisher: Exkee
Players: 1-3
ESRB Rating: E (Everyone) – Comic Mischief
Price: 700 Wii Points
Description: With ColorZ, go forth in your spaceships on a mission to clean up virus-infested planets. Immerse yourself in a new gaming experience that will reveal mind-hand-eye coordination skills you never knew you had. Absorb viruses of your own color, but steer clear of the others. If necessary, you can cleverly merge your ships together to create new colors. Buzz past your enemies to keep your combo and clock up a new high score. Explore an extra dimension with the game’s multiplayer mode and share the unique experience of cooperative play between friends. Pool your forces, synchronize your movements and become a unified team of up to three players to meet the challenge together.

Super Return of the Jedi
Original platform: Super NES™
Publisher: LucasArts
Players: 1
ESRB Rating: E (Everyone) – Fantasy Violence
Price: 800 Wii Points
Description: Join the Rebellion and crush the Death Star in a giant universe filled with all the action and adventure of the Star Wars® finale. Take command of five different characters — from Wicket the Ewok to Princess Leia — and go up against the Empire’s worst, from Jabba the Hutt to the Emperor himself. You’re going to need every ounce of Force you’ve got in you. Battle in actual movie locales, from Jabba the Hutt’s palace to the Forest of Endor and the Emperor’s Tower. Cross sabers with the darkest of the dark side: Bib Fortuna, Jabba the Hutt, the rancor, Darth Vader and the Emperor.

Clubhouse Games™ Express: Family Favorites
Publisher: Nintendo
Players: 1-8
ESRB Rating: E (Everyone)
Price: 500 Nintendo DSi Points
Description: Choose from five family-friendly games in this Nintendo DSiWare version of the popular Clubhouse Games. Play classic card games like Hearts and Contract Bridge; connect bones to other bones in Dominoes; think strategically in the simple but addictive Dots and Boxes; and move your pieces towards a common goal in Ludo. Play by yourself or use DS Download Play to host as many as seven friends.