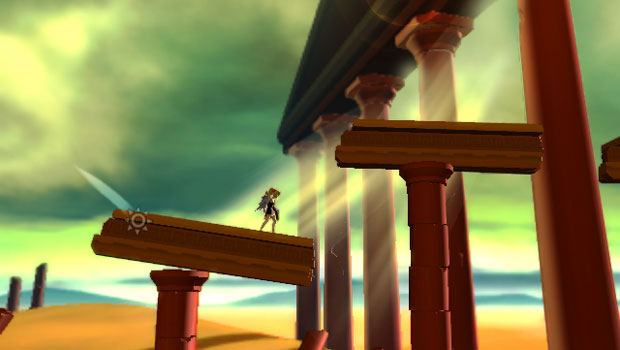 Over The Top Games’ platformer NyxQuest: Kindred Spirits (1,000 Wii Points, 1-2 players) is finally available for download on North American WiiWare today. Formerly known as Icarian: Kindred Spirit, the game might throw off Kid Icarus vibes, but actually looks to be more similar to the killer Lost Winds; players use the powers of Zeus to do things like control wind and modify the environment to progress.

Then there’s Nintendo’s Rock N’ Roll Climber (800 Wii Points, 1 player), the odd little number that has you climbing rocks. The reward? A guitar. We saw some footage of this strange game awhile back, and it’s as ridiculous in action as it sounds. Whether it’s worth eight dollars is another story.

Finally, everyone can calm the hell down about not getting any Virtual Console releases. It’s back big today with the release of the excellent Super NES title, Super Star Wars (800 Wii Points, 1 player).