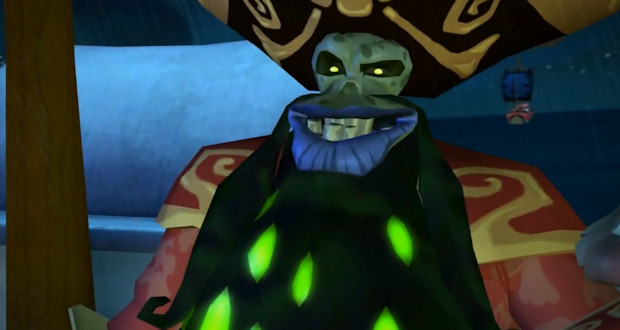 Wii owners waiting patiently for the new adventures of Guybrush Threepwood better have $10 handy. Telltale Games’ Tales of Monkey Island: Chapter 1 (1 player, 1,000 Points) comes to WiiWare after a successful launch on PC earlier this month. If you hadn’t heard, we liked it!

The Three Musketeers: One for All! (1 player, 900 Wii Points), which was announced forever ago, finally comes to WiiWare today as well. As expected, you’ll wave the Wii Remote as if waving a sword; but without Wii MotionPlus support and the heavy competition of Wii Sports Resorts’ fencing game we have our doubts. Also coming to the table and allowing me to drop lame puns is HB Arcade Cards (1 player, 500 Wii Points), a collection of card games including Rummy, Hearts, Euchre, Canasta, Cribbage, and Solitaire.

Also, thank your lucky stars, you can play another Sudoku game on the DS… if you have a DSi that is. Hudson’s Sudoku Student (1 player, 200 Wii Points) — A basic, entry-level Sudoku title for $2 — comes to WiiWare today. Hey, at least you can’t argue with the price?

And yeah, for the second week in a row, no Virtual Console titles. We know for a fact Nintendo and its third-parties haven’t run out of classics, so we can only guess they’ll be back soon enough.