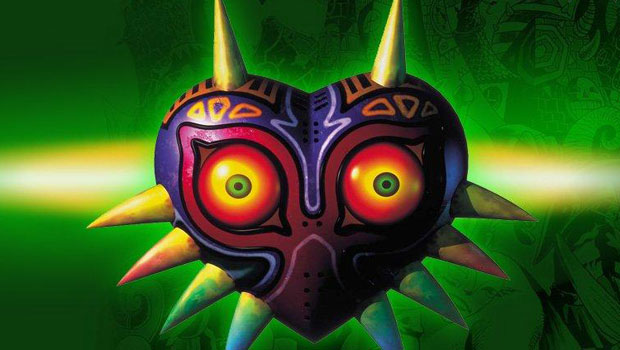 As the title of this story suggests, the Nintendo 64 classic The Legend of Zelda: Majora’s Mask (1 player, 1,000 Wii Points) hits the Virtual Console today. It marks the 300 title to hit Nintendo’s Virtual Console service, and it’s also good news because the game is phenomenal. This is of course old news for folks in Japan and Europe – they’ve had the game since early April. (Yes, we’re bitter.)

DSiWare finally sees another interesting release in Art Style: PiCTOBiTS (1 player, 500 DSi Points). On paper, it seems like a standard puzzler – you’ll be clearing falling tblocks by combining them with square blocks (“bits”) of the same color. But considering all of the “Art Style” games have been excellent, there’s no reason to think this won’t be worth five bucks. Nintendo is also promising hidden characters you’ll unlock by completing stages, including those from classic NES titles.

Crystal Defenders R2 (Square Enix, 1 player, 800 Wii Points) and Silver Star Chess (Agetec, Inc., 1-2 players, 500 Points) are your WiiWare offerings today. One is a Final Fantasy-themed tower defense style game, the other is – you’d be surprised – a chess game. Both require you to use your brain, which might be a little much to ask for a Monday morning.

This is probably one of the best Nintendo DLC updates in awhile; I see at least two titles that are a “must buy” myself (I’m looking at Majora’s Mask and PiCTOBiTS). Thinking about spending some of those points you’ve been sitting on?