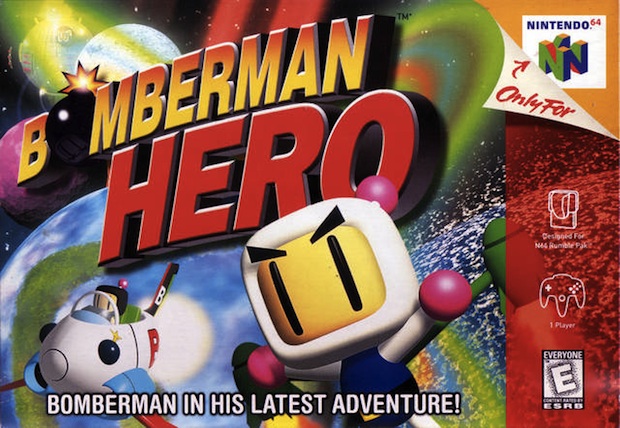 Remember Bomberman Hero for the Nintendo 64? No? Screw you then! I love Bomberman, and this was a great game. This was an action game with a stupid story, but it did the trick for me. It can do the trick again now that it’s the latest Virtual Console release on the Wii, priced at 1,000 Wii Points.

Elsewhere on the Wii this week we have the arcade-gunning action of Heavy Fire: Black Arms for only 500 points, and futuristic soccer in Soccer Bashi (500 points, free demo). Both support two players.

The offerings for DSi are also light this week. Go series Earth Saver (500 DSi Points) has you blowing up meteorites to protect earth. Also 500 points is JellyCar 2, which makes me wonder why I never played JellyCar 1. I saved the game with the worst name ever for last: G.G series Horizontal Bar. In it you swing from parallel bars, like in gymnastics. Hey, it’s your 200 DSi Points.