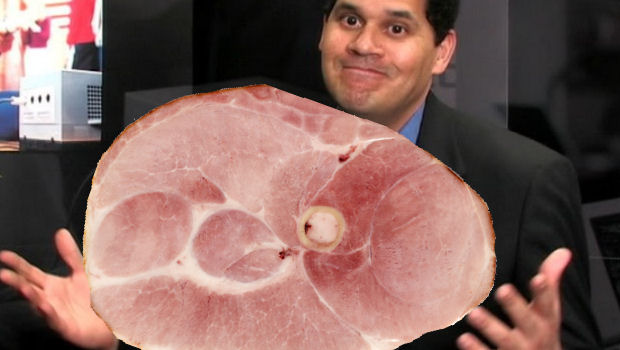 Beefy briny burger boy Reggie Fils-Aime turned some heads recently by stating that his company was not interested in working with small-time “garage” developers. Strangely, he said this while claiming Nintendo reaches out to indie developers, even though many of them are “garage” guys.

“We are absolutely reaching out to the independent developer,” he stated. “Where we’ve drawn the line is we are not looking to do business today with the garage developer. In our view, that’s not a business we want to pursue.”

US PR director Mark Franklin, however, is a bit less ham-fisted in his approach, and has attempted to take the edge of Reggie’s comments, stating Nintendo is all about embracing the independent spirit — whatever flavor it comes in.

“Nintendo always appreciates good quality content regardless of whether that’s coming from an indie developer or a more established publisher,” he explained. “For example, we’ve worked with 2D Boy, the people behind World of Goo for WiiWare. This is a group of guys who don’t even have an office. So we embrace that kind of independent spirit and it’s ultimately the most innovative content that will rise to the top.”

Believe whichever one of ’em you want, but I think someone should tell Reggie that although he is a huge, rippling, towering kebab of a man, it’s not always size that counts.