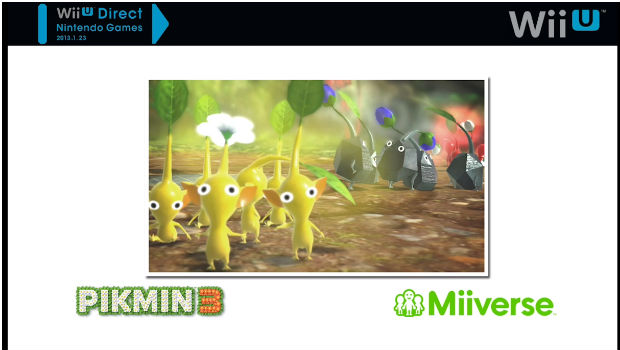 Iwata went on to further detail some new Wii U Miiverse functionality today at the Nintendo Direct event. The first big bombshell is the ability to take pictures directly from Pikmin 3 in-game, close up, and share them over Miiverse.

This is an upgrade from the previous functionality, which allowed drawings and messages for others. It’s like Pokemon Snap!, but online. Amazing!

Iwata also described some functionality in Wii Fit U, which involves sharing goals and stats with friends. It looks like Miiverse is moving steadily along, at least when it comes to first party games.