Cut and dried, black and white, clear as crystal

If you’re looking to buy a 3DS as a gift or just want to upgrade from an older model so you can play SNES games on the go, you may want to wait a few more weeks. Nintendo announced earlier today that they’ll be offering a special edition black or white New 3DS beginning November 25 at a suggested price point of $99.99. This is half of an XL system’s normal cost, and more than $20 lower than the historical lowest price point for this model. It’s also arguably a better value than the entry model 2DS, which is $20 cheaper at $79.99. 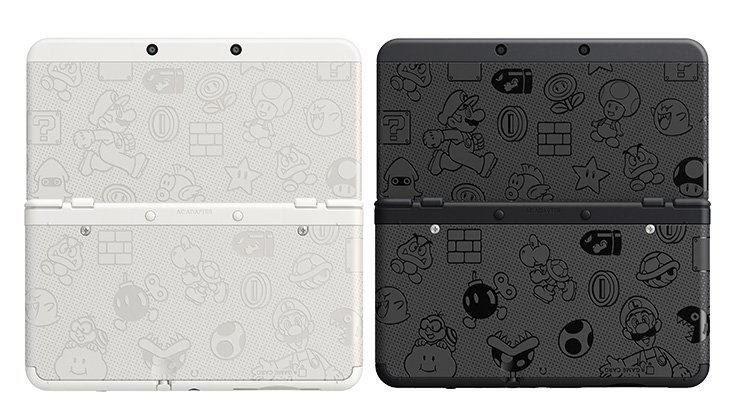 The new systems come with exclusive black or white replaceable faceplates embossed with Super Mario characters, items, and enemies. Since they’re New 3DS systems, they will have the secondary set of shoulder buttons, the right side analog nub, built in amiibo support, and the upgraded hardware necessary to emulate SNES games. The systems do not come with any pre-installed games or an  A.C. adapter, so you may want to pick one up if you’re giving one of these systems as a gift.

Nintendo didn’t mention whether this means the price of the 2DS and older 3DS systems will be falling, or whether this is a permanent price reduction. It’s pretty clear that Nintendo’s looking to capitalize on their current hardware one last time before releasing the Switch. Still, it looks like a great deal for anyone looking to get a 3DS this holiday season, and it comes just after Pokémon Sun and Moon release on the 18th.