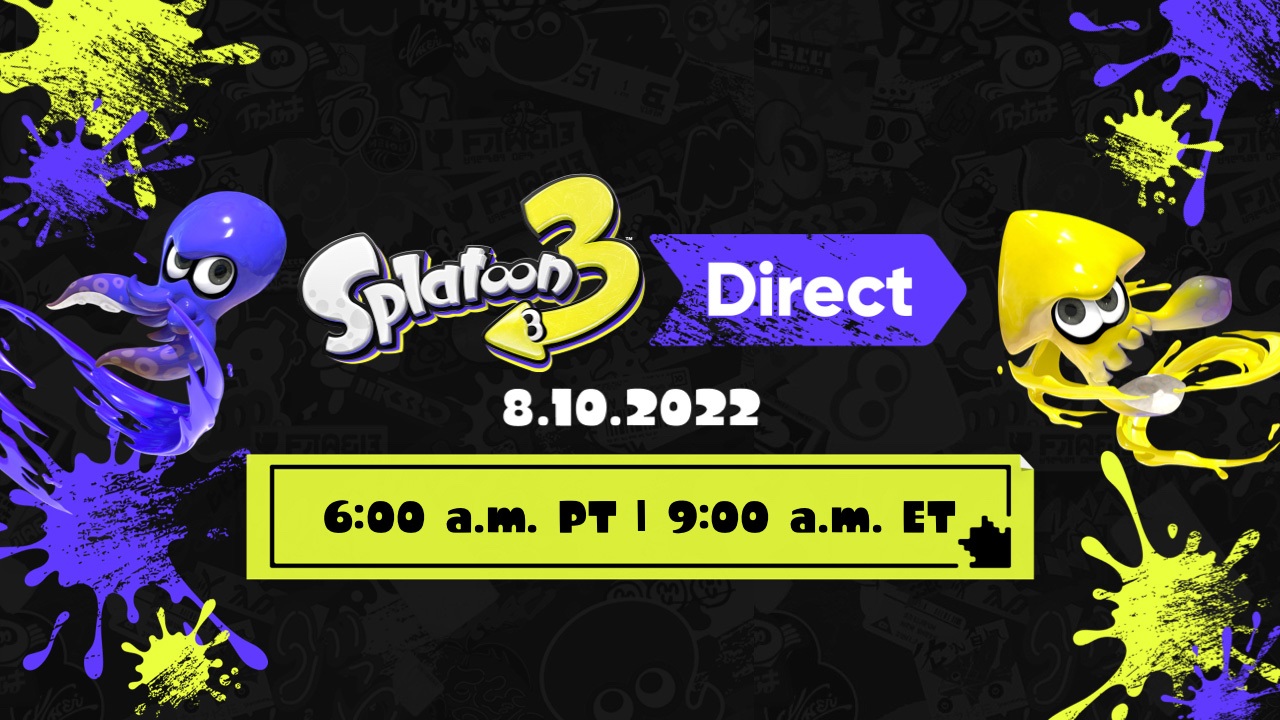 In what will most likely be the last major update until launch, Nintendo has announced a Splatoon 3 Direct: debuting on August 10 at 6AM PT. That’s in two days!

Somehow, Nintendo plans on spending “roughly 30 minutes” on the game, which is on the longer side for these sorts of micro/single game Directs. Even the Xenoblade Chronicles 3 Direct was about 24 minutes, so they’re clearly aiming high here. There are precedents though. Back in 2015 (!) Nintendo essentially had to sell people on a brand new franchise, and spent 33 minutes explaining the universe of the first game. Then a few years later for the sequel, that Direct was nearly 27 minutes long.

Either way, there’s a lot we can still glean from another Direct, like:

The last part is what I’m rooting for, and serves as perfect Direct material. That sort of mysterious tease is what gets all the speculation going once the video is done, and Nintendo is generally pretty good at it! Plus, I hope there’s some form of amiibo support (even minor): as it stands, there’s no mention of amiibo on the game’s various regional store pages, which could be confirmation or an oversight.

Tune in on August 10 at 6 a.m. PT for a livestreamed #Splatoon3 Direct presentation. Join us in the Splatlands for roughly 30 minutes of updates! pic.twitter.com/iFfaU3V6vM