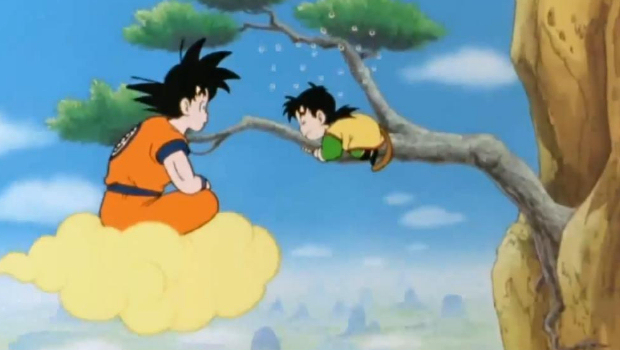 Iwated poo-poos the idea of a cloud-based tomorrow

Those no-good kids, with their hula hoops and their clouds. Back in my day, there was only one Cloud in gaming, and he carried a sword twice his height like a real man does. New technology confuses and angers me, and you better believe Nintendo feels the same way. Cloud gaming is the future? Not according to Satoru Iwata, it isn’t. Those damn kids!

“A cloud is an attempt to process information online on a server, as opposed to doing so on individual machines in the hands of the users,” explained the boss man. “What this implies is, since the time to transmit data over an Internet connection is never negligible, there is always some latency before you receive the result of your input.”

Iwata stated that, while some games may not be affected by such latency, titles relying on quick responses, such as action games, simply won’t work. It’s a similar argument used by fighting game fans, who won’t take their battles online due to the way lag affects intricate, frame-reliant interactions.

“By the laws of physics,” he explained, “it always takes some time to transmit data, and given the current level of Internet technology, there is bound to be some latency during the processes of a server receiving data, producing images instantly and sending them back.

For the Nintendo executive, a far more pressing issue concerns the future of dedicated gaming consoles and handhelds. He believes the industry should be dealing with that and get its head out of the cloud.

Iwata’s vision of the future includes creating software that works on more than one system, as opposed to remaining tied to a home console or portable machine.

“At the moment, we only have our current handheld devices and home consoles because if we tried to make more platforms, our development resources would be spread too thinly. The more we can share software across different platforms, the more development resources will be left for something else. Platform integration does not mean creating one type of platform, but the point is that the united method of software development will enable us to share our most precious software assets across different hardware.

“It is natural that there will be more things that battery-run devices can do thanks to technological advances and game consoles will become more powerful. However, if we try to linearly pursue this direction, software development will become so complicated that we will eventually face a situation where cost recovery becomes a serious issue. Therefore we feel that we are nearing a saturation point in terms of simply improving performance or enhancing graphics. What is far more important for the future of video games is whether we can make new propositions in other aspects and create games out of something that people never expected to see in the form of a game.”

Nintendo’s history with online connectivity hasn’t exactly been glorious, the company notoriously slow on the uptake when it comes to anything Internet-related. With that in mind, I don’t know if it’s the right company to start telling us what cloud gaming will and won’t be able to do in the future.

That said, Iwata’s not being insensible on the topic of futureproofing the industry. It’s becoming clear that consoles are increasingly harder to justify, and game development is struggling more and more with the mounting costs and competing entertainment sources. Whether Nintendo is on the right track, especially with the Wii U not setting the world on fire, remains to be seen.