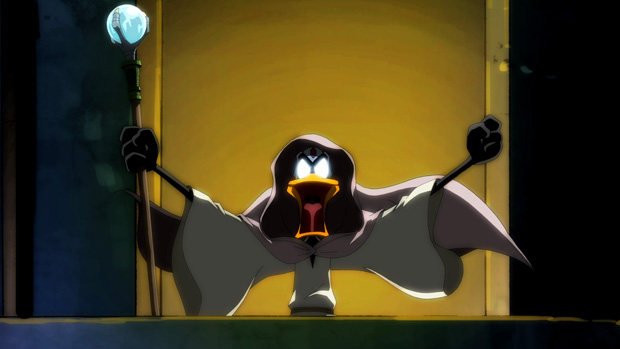 Throughout the day, we’ve been highlighting notable points from Nintendo’s recent corporate management policy meeting, such as Animal Crossing: New Leaf‘s success, cloud gaming, and communicating Wii U’s value. Nintendo CEO Satoru Iwata and EAD General Manager Shigeru Miyamoto have also touched upon the difficulties in learning HD development and how they seem to finally have a firm grip on the technology.

“We did not actively use technologies to render high-end graphics in real time for software development for Wii and previous consoles,” Miyamoto explained in regards to the shift from Wii to Wii U. “[W]e needed to hold many workshops to learn about such technologies. We already went through this initial learning phase and are now tackling how to take full advantage of high-definition graphics. In this sense, retraining our developers used to be a great hurdle.”

While Nintendo is new to the HD game, it values the experience of third-party developers who are seasoned in such technologies thanks to their work on other platforms. “[M]any of our third-party software developers have been dedicated to technologies like shaders,” Miyamoto continued. “As Wii U is designed to bring out their real strengths, there have recently been more cases where we develop something with their help. It has been more convenient for us to work together with them because they have been able to more smoothly utilize their know-how for development for Wii U.

Despite the extensive knowledge of third parties, the fact remains that the Wii U is completely new hardware that requires a learning period no matter who you are. Iwata explained that the final version of Wii U dev kits weren’t available until the later half of 2012, after which all developers working on the hardware had to undergo a trail-and-error phase. Nintendo was no exception, hence the lack of “hardware-pushing” first-party software out the gate.

“I think that this [trial-and-error stage] is true for third-party software developers as well as Nintendo’s,” Iwata noted. “The home consoles of other companies are six or seven years old and software developers have sufficiently studied them and know how to take full advantage of them well. As Wii U is new to them, some developers have already acquired the knack and made good use of its features and others have not. You might see this gap among the games that are currently available.” Hence relative jankiness of several pieces of launch software, regardless of how well the games run on the 360 or PS3.

Iwata isn’t too worried because all developers need is time to get a feel for the hardware. “Actually, we believe that our in-house development teams have almost reached the next stage,” Iwata boomed with confidence. “It is not true that we are deadlocked with a lot of trouble in our development. Otherwise, we could not aim for 100 billion yen or more in operating profit for the next fiscal year.”

Sounds like Iwata and Miyamoto believe the Wii U is going to be alright in the coming year, thanks to a deeper understanding of this new level of technology. Will it pay off? Tune in next week! Same Bat-time, same Bat-channel!