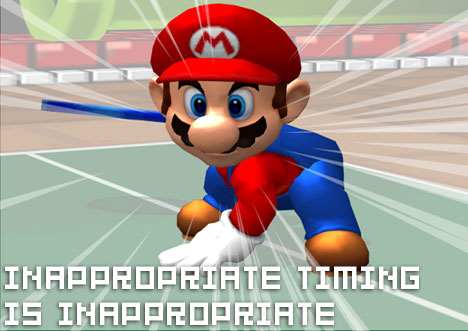 Japan just got its first batch of Play on Wii titles — the classic Nintendo GameCube games refitted for the Wii — earlier this month. Today, Nintendo has officially announced some of those titles for a North American release, with a small change.

The name makes a good deal of sense, as both games have been tweaked to take control of both the Wii Remote and the nunchuck. New Play Control! Mario Power Tennis, for instance, will allow you to swing the Wii Remote to hit forhands, backhands, and apply swing. An on-screen pointer in New Play Control! Pikmin can be used to select and transport pikmin.

It would have been easy for consumers to write-off these titles simply because you can already play GameCube games on your Wii. “Play on Wii,” downplays (no pun intended) the main selling point, which would be the update controls. When you think about it, this is more brilliant Nintendo marketing at work. Good show, guys.