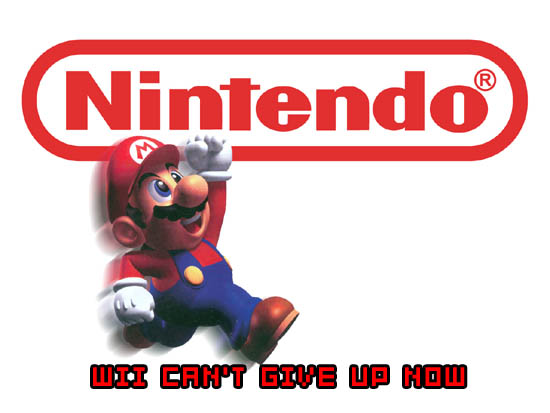 Really, it’s no secret that Nintendo has been “in the green” ever since the DS blew up in Japan. The subsequent DS redesign and the release of the wand-waggling, family-friendly Wii didn’t hurt their books either. With this, Nintendo now has finally reclaimed their spot on top of the video game world. Like they say, it’s only downhill from here, and if Nintendo wants to stay on top, they have their work cut out for them.

With their recent successes, Nintendo is now ranked as the third most valuable company on the Japanese stock market. If you need numbers, it looks like Nintendo will be able to report this fiscal year’s profit at 3.6 billion dollars, and what’s scary is that they think that this is only the beginning.

An article at Gamesindustry.biz points out that Nintendo not only needs to keep it up, they need to step up it a bit as well. There’s still the problem of availability for the Wii, and the software lineup isn’t as strong as it needs to be, either. What really needs to happen is for Nintendo to have a few blockbuster system selling titles to pull the attention away from those shiny, next-gen consoles that  consumers have been eyeing.

The article likens Nintendo’s position to that of Apple’s. The difference is that Apple has been able to keep the punches rolling with new iPods, iBooks, iPhones, and more. Nintendo has the system in place to have their own sort of iTunes with the Wii Virtual Console, but a lot of work has to be done, and a lot more Wii consoles need to get into living rooms.

Nintendo does have some large titles like Super Mario Galaxy and Super Smash Bros. Brawl on the way, but will titles like these generate enough momentum to keep Nintendo moving full steam ahead?