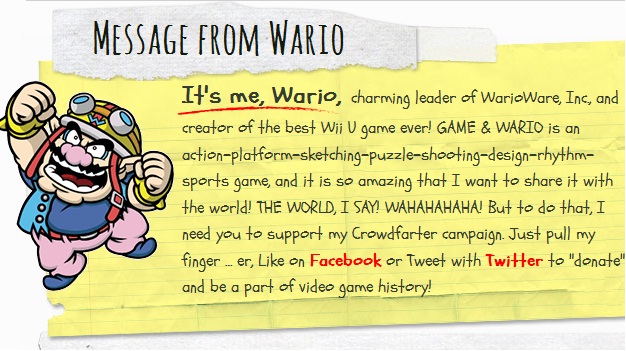 It’s safe to say that Nintendo is in a comfortable spot when it comes to first party development and funding. But Wario is not content with Nintendo’s handling of the situation, and has launched his own “Crowdfarter” parody site, counting down the release of his new game Game & Wario.

It’s a cute site that asks you to tweet or post about the project, with funny stretch goals like a digital “I crowdfarted!” badge for getting 5 bajillion coins. I like that Nintendo has a sense of humor about the whole thing, and hopefully that humor will translate into the full release next month.