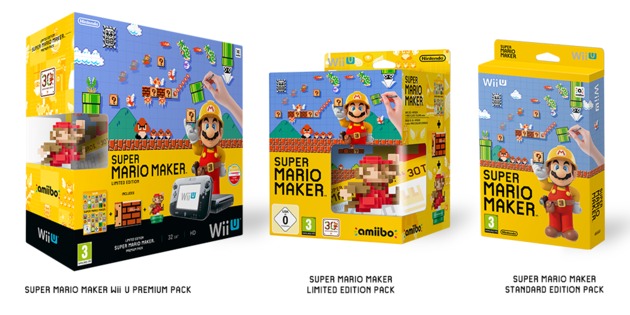 One is a hardware bundle

Super Mario Maker is arriving in just a few months, and Nintendo seems to be kicking up the promotion angle quite a bit. They’ve just announced that in Europe, it will get three bundles — one is a 32GB black Wii U with a physical copy, an artbook, and a Classic Colors Mario amiibo, another is a limited edition with the game, artbook, and amiibo, and the last one is a standard copy that also happens to come with the artbook. If you buy the eShop edition, it will come with a PDF version of the book.

Thankfully, the Classic Colors amiibo is going to be sold separately, and the “modern” variation will be sold in October. In all likelihood we’ll see this confirmed for the US as well.