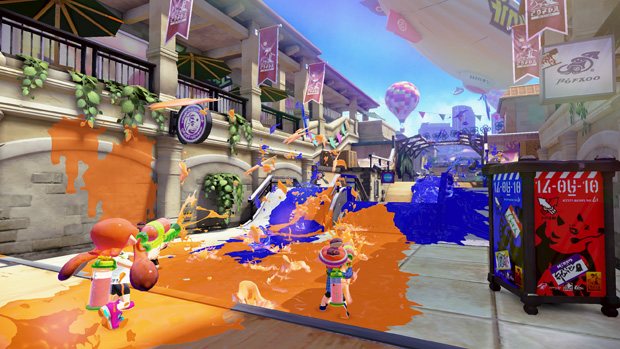 A new 4v4 multiplayer game was announced by Nintendo, and will be a third-person shooter. Well, kind of. Ink is the key gameplay element in Splatoon that is used in many ways. It’s shot on the ground so you and your team can move around faster, slow down the enemy team, and vice versa.

Everyone plays as a human, and can transform into a squid. Playing as a squid allows you to swim in your ink much faster. The game appears to be very tactical, with a huge focus on team cooperation to come out on top. The GamePad can be used for camera controls.