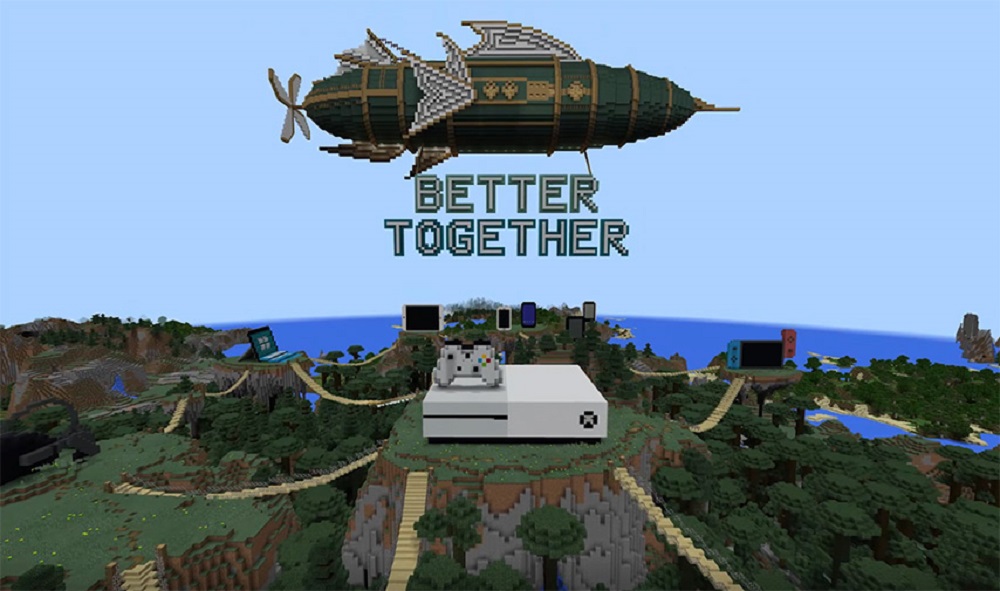 Sony is eating its lunch with the janitor

When Microsoft bought Minecraft nearly four years ago, it thought it was just going to get the rights to the best-selling game of the decade. Turns out, it got so much more than that. It got a new best friend.

After months of casually talking after class, Nintendo and Xbox announced they’re no longer Frenemies but officially BFFs thanks to the latest update for Minecraft that connects gamers across Switch, Xbox One, PC, and mobile. It joins Fortnite, Rocket League, Paladins, Chess Ultra, Pinball FX3, and whatever the hell Mantis Burn Racing is as titles that allow for cross-play between the former rivals.

To celebrate their newfound relationship, the companies exchanged friendship bracelets, braided each other’s hair, and released this new trailer solidifying their union.

Oh my god, they make such a cute couple. I mean they’re totally flirting on Twitter now.

Hey @Xbox, since we can play together in @Minecraft now, did you want to build something? pic.twitter.com/LIylWy3yXZ

Meanwhile, Sony still thinks she’s little Miss Thang just because she’s sold more than 70 million consoles this generation and is still refusing to allow cross-play with anything other than PC to the PlayStation 4. She won’t even let Fortnite players on PS4 carry over their data to Switch, earning her a place in the burn book.