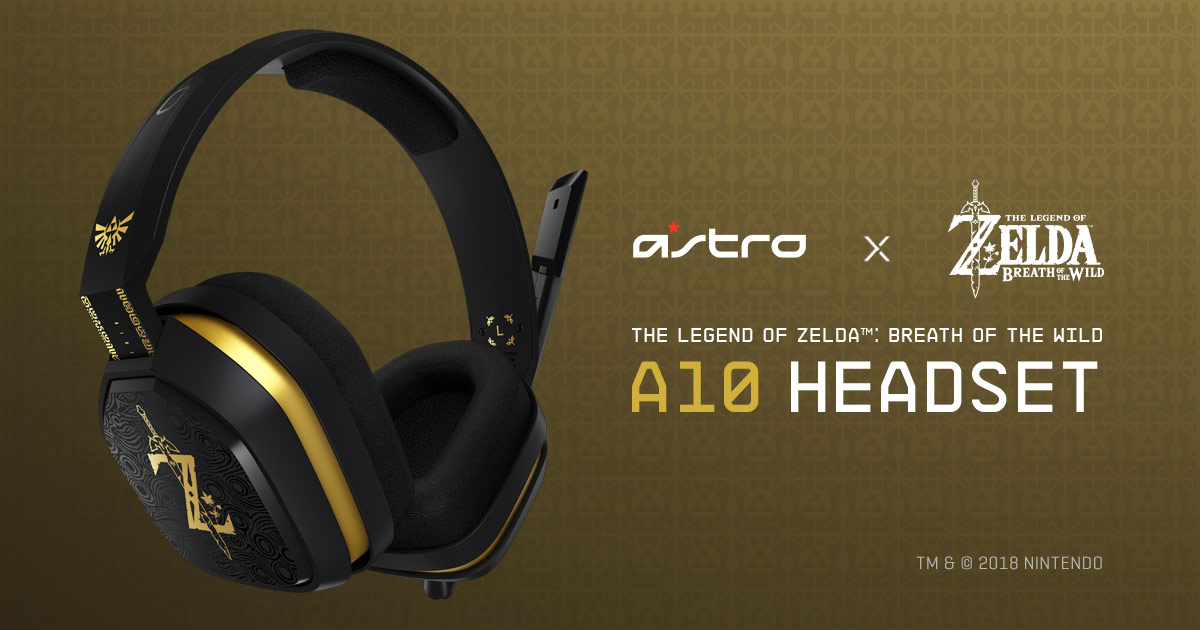 Based on Breath of the Wild

Nintendo and Astro have revealed a new headset based on the A10 model — adorned with all sorts of Zelda: Breath of the Wild iconography. Although it’s a general purpose headset it’s designed for use with the Switch, and is set to be released later this winter, with a demo period during E3.

Astro notes that this isn’t a one-off collaboration, as they are planning on partnering with them more in the future, and that this Zelda unit is just the start (the phrase “multi-year agreement” was used, and Mario gear is already in the works). Everyone wants a piece of the Switch! It’s so weird seeing Nintendo with a popular console again after the pariah that was the Wii U.

So step one, “get stylish hardware” is done. Now all Nintendo needs to do is spruce up the actual method of chatting with other players and they’re on par with the rest of their competitors!

Filed under... #Hardware#The Legend of Zelda