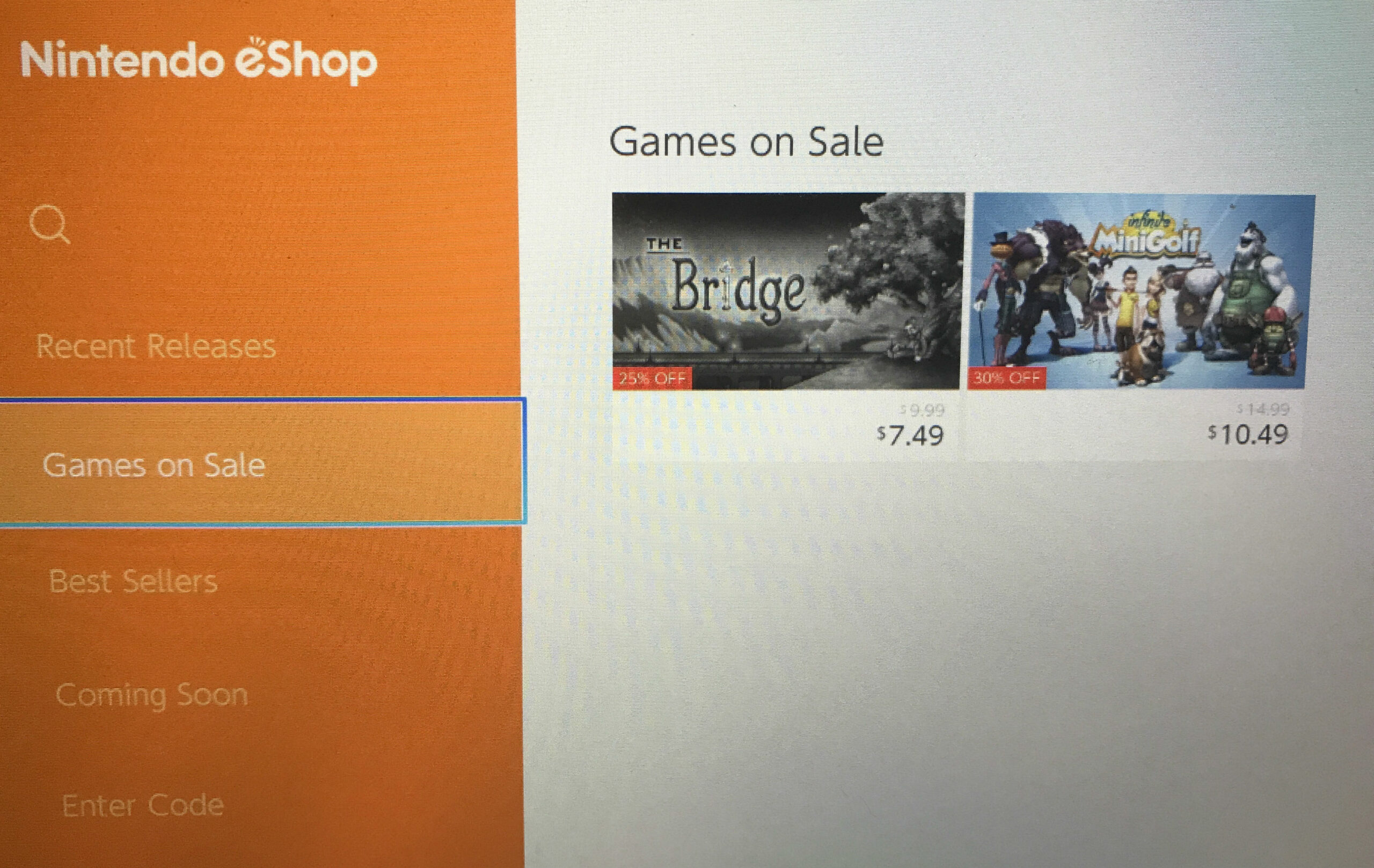 The Nintendo Switch UI has a long way to go. I totally appreciate that it’s fairly minimal, which is actually an upgrade in a way from the absurdity of the modern console era (they’re adding more clicks as we speak with firmware updates on PS4 and Xbox One), but a few big quality of life updates would go a long way.

One of the most requested features is a better eShop, not only from users who want to find games better, but developers who wish to have their works curated and not dumped into a giant list. One small ray of hope was added this very week actually, as the Switch eShop now has the option to view “Games on Sale.”

Right now only a few titles come up and the sales aren’t gigantic, but it’s a start.