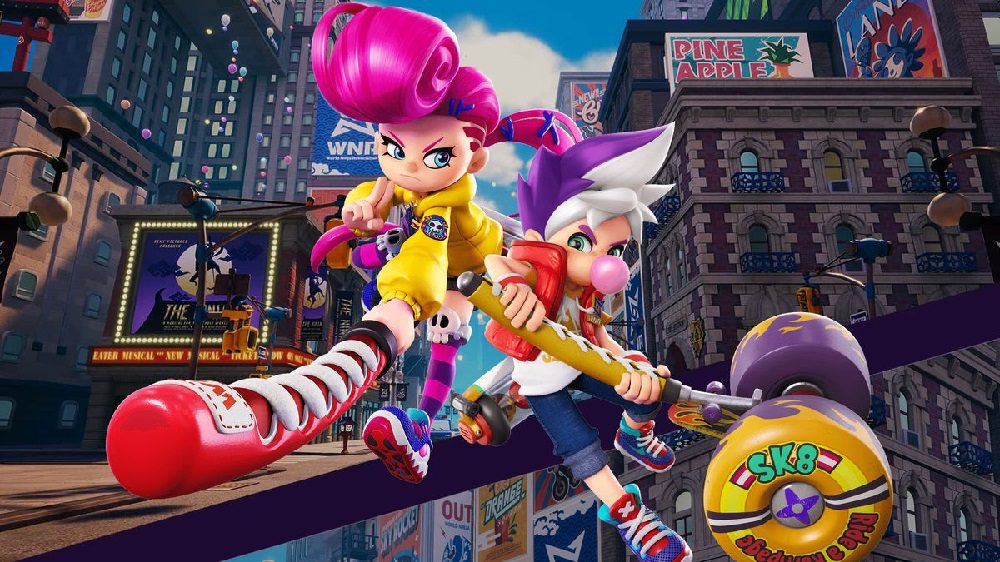 GungHo Online Entertainment continues in its efforts to build hype for its bubblegum battle royale title Ninjala. A new developer diary takes a look at some of the strange tools that players will have access to once the free-to-play title launches on June 24, exclusively for Nintendo Switch.

In the new video, hosts Motoki Kaneda (Ninjala director) and Kazuki Morishita (Gung Ho CEO) reflect on the recent open beta, discussing the “Gum Weapons,” clothing, and accessories that were the most popular among players. Unsurprisingly, ninja and samurai-based skins and masks were the most commonly utilised by the community.

The duo then moves on to revealing two new Gum Weapons, which will be available in Ninjala on launch day. The first is the Scroll Blade, a Katana-class weapon reminiscent of an ancient text scroll. The Scroll Blade comes with a kunai-based Ninjutsu, sending a flurry of daggers towards hapless opponents.

The second weapon is the Drum Beat. This Hammer-class device is similar to Ninjala’s Sk8 Hammer, but has the ability to momentarily stun your opponents, opening them up to further combo attacks. Accompanying the Drum Beat is the Gum Dragon Ninjutsu, which sends out a homing attack that closes in on the nearest opponent for major damage.

The video ends with the announcement of the first Ninjala live stream event. Taking place on June 17, the stream will reveal more Gum Weapons, detail the Team Battle Mode, and feature a special appearance from pop idol Kyary Pamyu Pamyu, who will be in the studio to check out Ninjala herself.