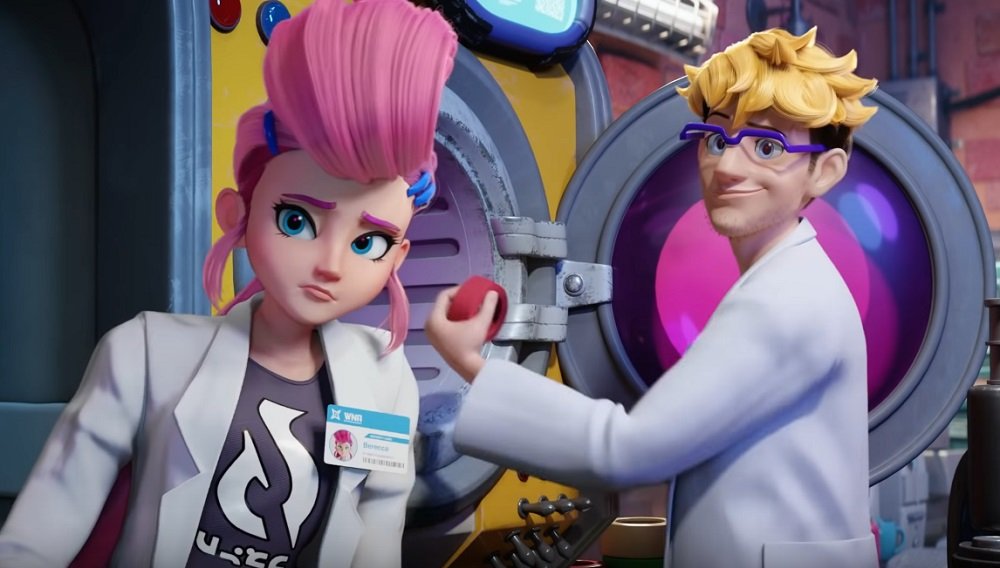 If you’re looking forward to diving into the colourful world of Ninjala, then you’ll be pleased to hear Gung-Ho Entertainment is producing a run of short animations in the lead-up to its release, giving people a chance to learn a little about Ninjala‘s wacky world ahead of its May release.

The first episode is titled “Episode 0: Ninja-Gum is born!” and introduces us to three of Ninjala‘s poster characters: Burton, Berecca, and Ron. These extraordinarily eccentric scientists work for WNA Research, where they tirelessly experiment on “Ninja-Gum” a chewable foodstuff to unlock powerful abilities of time’s hardest warriors. This is apparently their “2,503rd” attempt… I have zero idea why any institute would foot the grant money for this.

Anyway, as you can see from the mini-movie, the team hit a breakthrough, but not all goes quite to plan *cue sad trombone*. It’s a cute little short. I particularly like the cat, and Berecca’s sweet hair. It’s a wholesome few minutes of harmless fun, so check it out below. Jordan Devore tried out a (very early) build of the game back at E3 2018, and you can check out his thoughts right here.

Ninjala launches on Nintendo Switch May 27.