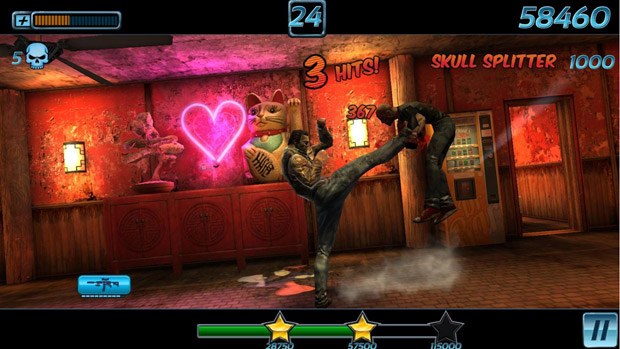 Not at all what I was expecting

DmC: Devil May Cry and Enslaved: Odyssey to the West developer Ninja Theory has turned its focus to mobile gaming, at least for right now. The studio’s new game, Fightback, is a free-to-play brawler destined for Google Play and the Apple App Store.

It promises “a revolutionary touch-based combat system,” which — I don’t know what that would look like even if such a claim didn’t come off as hyperbolic. “Mobile and tablet gaming is a phenomenon that we just couldn’t ignore as a studio and we’re very proud to be working with one of the industry’s heavy-weights on bringing Fightback to market,” said product manager Dominic Matthews. Fightback will be published by notable mobile company Chillingo.

I had heard rumblings that Ninja Theory would be talking about its next project this week. Looking back, I’m glad I didn’t get too invested in that.