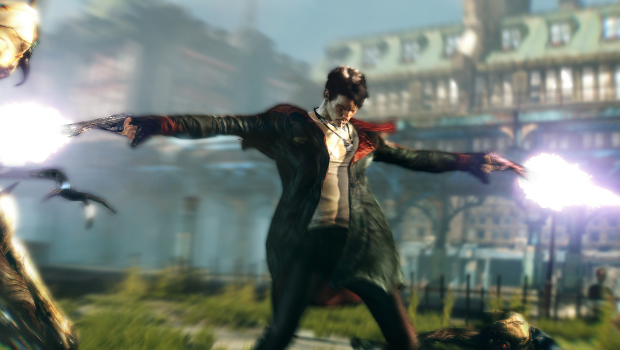 Just when you think gamer melodrama has peaked, something comes out of the woodwork to knock our community down another ten pegs. Ninja Theory’s Tameem Antoniades has revealed that some gamers were so distraught over their development of DmC: Devil May Cry that they sent in death threats. How classy.

“Alex Garland warned me about it because he experienced a similar thing with 28 Days Later where people were upset that it didn’t feature real zombies. And now with his upcoming Dredd movie,” he revealed. “So I was half prepared for it, although I have to say that it has been pretty eye opening to see some of the creative ways in which people have chosen to vent their hatred. We didn’t expect death threats in comic book form or anti-DmC death metal songs!

“It’s pretty hard for me to back the decisions we made without showing actual gameplay to the public. So until that time comes, and it will come soon, I just have to put up with the rage. Though I must say, lots of people have come and said that they are now interested in DmC whereas they had previously lost interest in the series. We’ll see how this plays out.”

The rage over DmC has been utterly pathetic. While I don’t begrudge anybody the opportunity to be concerned about it, the sheer depths of lunacy that some people have sunk to are shocking, to say the very least. This level of outrage would be stupid even if these nutters had played the game, but it’s not even out yet.

And we wonder why gamers are still portrayed as psychopathic manchildren on TV!