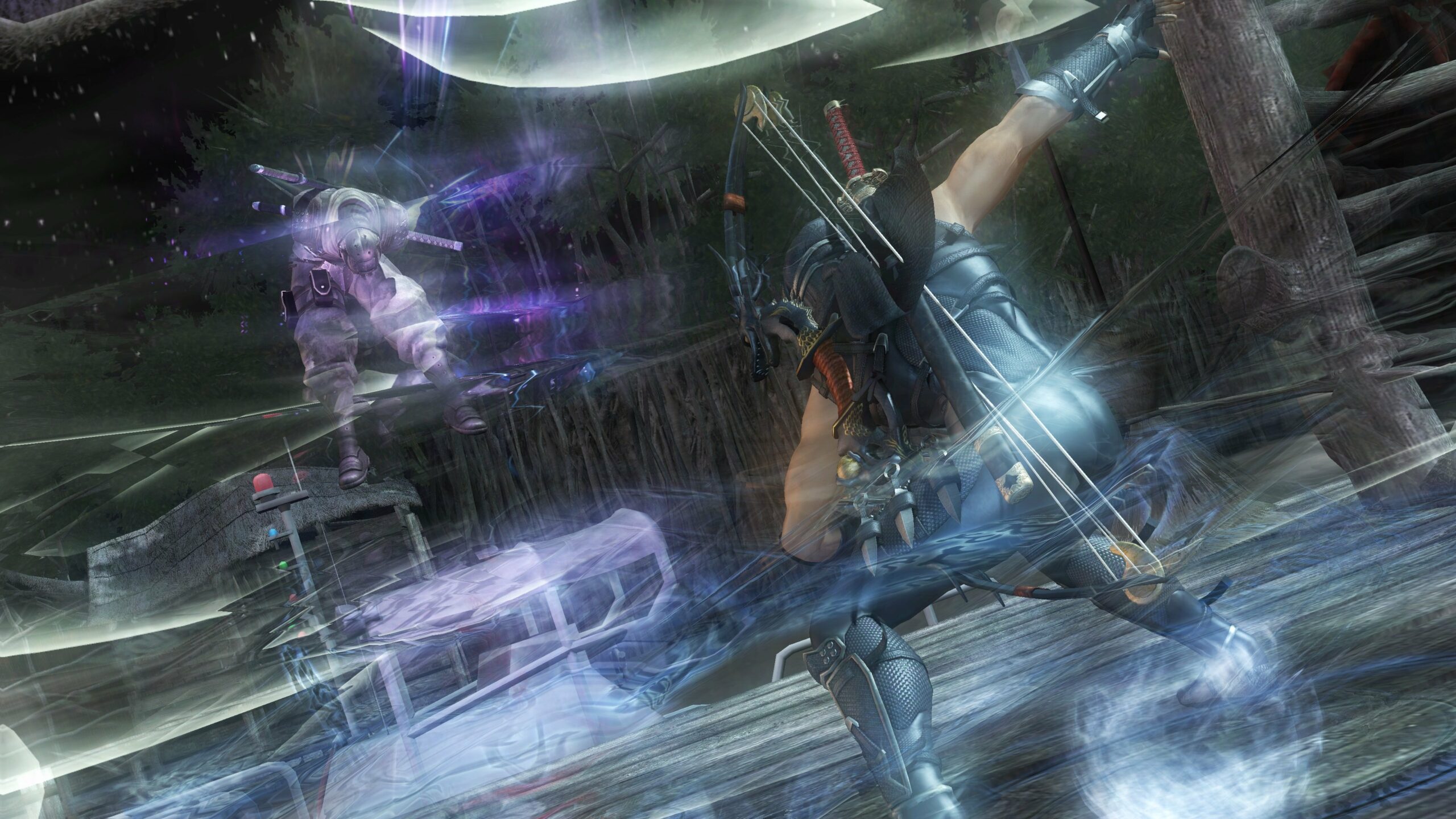 The trilogy re-release is out in June

The Ninja Gaiden: Master Collection is an interesting remaster prospect.

For many, they’ll be experiencing the entire trilogy for the first time. Others just prefer the first: an absolute classic in the action genre, even still. Some may also dig the second game, which isn’t quite as beloved, but still has its merits. Others will want to relive the polarizing third entry as a flight of fancy of sorts.

In any case, it’s a collection that’s worth talking about. And we did just that with the game’s producer, Fumihiko Yasuda. Even though the third game was their first major project at Koei Tecmo, they mused with us on the past, present, and future of the series.

Destructoid: How tough is it living up to the legacy of that first opening action game salvo? It was an intimidating debut for the entire action industry.

Fumihiko Yasuda, Producer on the Ninja Gaiden: Master Collection: I personally did not work on the first game as my involvement in the series started with Ninja Gaiden 2. Many of the original dev team members including the producer and director have moved on since then, but the challenge to live up to the legacy of the series is always there.

Would you say Ninja Gaiden is the most treasured IP at Team Ninja?

So, that is why this series is so special to me personally.

Has anyone been interested in a follow-up to Ninja Gaiden 3? I know we got Yaiba, but Ryu Hayabusa has been teased and has made cameos in multiple games. We’re waiting for it!

That would be great! If and when that time comes, we’ll let you know!

If you had to describe each Ninja Gaiden trilogy entry to a new player, how would you sell them on them individually?

Ninja Gaiden Sigma 1 can be considered the origin of Team Ninja action games as it was created using a concept of high speed & high response which compels a player to be well aware of both attacks and guards much like in a fighting game. (At the time, The Legend of Zelda: Ocarina of Time was said to be the inspiration behind the development of the game. The puzzles and jump actions, as well as the quest elements that were included are remnants of that inspiration, even though it ended up becoming a game focused on action.)

Ninja Gaiden Sigma 2 added the noteworthy Obliteration Technique which became even more specialized in action. The addition of memorable characters such as Ayane, Rachel, and Momiji made their appearance as playable characters in this iteration.

Ninja Gaiden 3: Razor’s Edge revised the system of Ninja Gaiden 3, and added not only weapons and Ninpo, but it also introduced new moves and character growth elements. I think it’s a game that was well balanced and comprehensive which also effectively incorporated violent depictions to a greater extent.

What’s common among all three titles is the amazing control response. The enemies are very hard to defeat and aren’t holding back as they are absolutely out to kill the player. But once you master the controls, Ryu Hayabusa becomes your formidable weapon to command each battle. I hope players will try and learn each of the many actions to fully experience and enjoy the series.

Which Ninja Gaiden, of the trilogy, is your favorite?

Ninja Gaiden 3: Razor’s Edge, which is my first time as the director of the franchise. I’m sure a lot of the fans may not agree with me though.

Which one is the toughest?

Each of the games are difficult in their own way, but I think it’s Ninja Gaiden 3: Razor’s Edge.

What is the single most impressive move/ability/item in the trilogy for you?

I suppose I should answer “the Dragon Sword,” but my favorite weapon is actually the Staff. There’s a showiness to the action and weapon movement as it firmly conveys the image of ninjas and traditional Japanese elements, making it a very Ninja Gaiden-like weapon in my opinion.

And while I can’t say that it’s a perfectly balanced weapon, I think that’s part of its charm and “flavor.” If weapons are used to convey one’s emotions or attitudes, I think any of them can become a personal favorite.

What lessons have you learned from the Ninja Gaiden trilogy that you’ve applied to future projects?

The incredibly responsive controls and the unrelenting enemy AI are some of the things we’ve adopted over the years. But at the same time, simply making games difficult isn’t our primary goal as it is to create an immersive game that players can enjoy navigating and overcoming.

I think this core philosophy was carried over to the Nioh series and other Team Ninja titles.

I firmly believe that Ninja Gaiden, as a whole, is still relevant, even in their original incarnations. What is the most significant tweak you’ve made in the Master Collection?

We focused on replicating the original games so there aren’t any major tweaks, but we have made adjustments to things such as the Tag Missions, which players thought were really unfair and as a result were not well received.

I remember when Ninja Gaiden 3 came out on Wii U, and Team Ninja had plenty of experience with Warriors games on the Wii U/Switch. How was it working with the Switch again this time around with the Master Collection?

Being able to play it anywhere is one of the key attractions of this unique hardware, and we were really excited about that aspect. It’s pretty cool to be able to take this tough, hardcore action game with you and play it anywhere!

Can you tell us anything about potential PS5 and Xbox Series X/S versions? Other than that they will allow the Master Collection to be played by default?

There are no plans for a PS5 or Xbox Series X/S version. For a proper next-gen version, it would actually require a complete remake. We did consider it, but we also wanted to get the games into the hands of players sooner than later.

Also, if we had the time and resources for a remake we felt it would be a better served opportunity to create a new game, so that’s why we decided to go with this remastered version at this time.