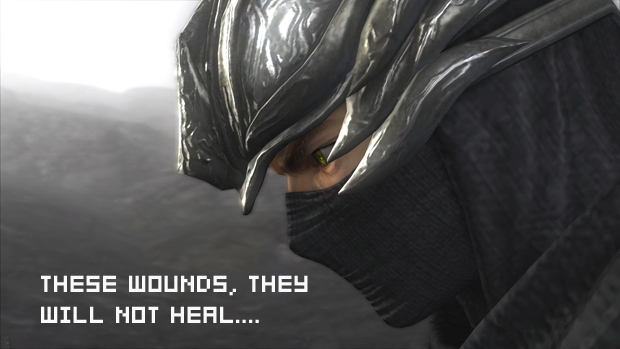 The ‘latest’ Playstation: The Official Magazine has project lead Yosuke Hayashi spilling some details on Ninja Gaiden III — the first new Ninja Gaiden sans Itagaki. Supposedly, the focus will be on Ryu Hayabusa as a “dark Japanese hero” and “there won’t be new playable characters, but we’ll focus more deeply on Ryu Hyabusa’s life and lifestyle and feelings and thoughts.”

A darker hero sounds familiar, and it makes perfect sense because after all, the Ninja Gaiden series is world-renowned for making the player care for its protagonist’s feelings and lifestyle — shown in the last teaser trailer. Hayashi frames this as “trying to take the violent concepts even deeper and make people realize how it feels to actually kill someone and what it is to actually gut someone,” and that “it’s very important to us that people realize that violence is not only about blood and gore.”

The core design will also be slightly more accessible, although it’s not necessarily going to be easier. Just a bit different, whatever that may mean. Furthermore, Ninja Gaiden III will feature a “complex multiplayer mode” in a simultaneous Xbox 360 and PS3 release. Finally, Hayashi didn’t want to say anything about Move support, but mentioned it being a “closely guarded secret.”