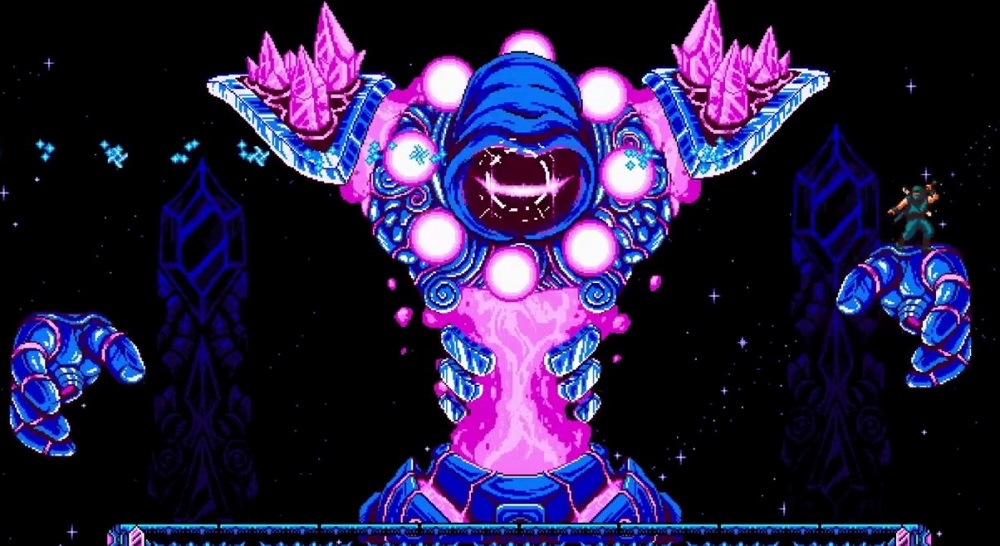 What IS the secret behind the transitions?

It’s immediately obvious at first glance that Sabotage Studios’ retro-inspired platformer The Messenger owes a debt of gratitude to the classic Ninja Gaiden titles of the late ’80s/early ’90s. But what would those original 8-bit developers think of the homage to their work?

Well, you can find out in the video below, as publisher Devolver Digital sat down Ninja Gaiden director Hideo Yoshizawa and composer Keiji Yamagishi and gave them the opportunity to try out the spike-leaping adventure for themselves. Allowing the developers to see how the hard work they performed decades ago is still inspiring game creators today.

It’s a very upbeat video, as both Yoshizawa and Yamagishi play through The Messenger’s early stages, dodging obstacles and taking on a slew of enemies. We also hear a couple of interesting stories, such as how Nintendo demanded an underwater level for Ninja Gaiden, and how Yoshizama and Yamagishi attended BitSummit 2018, and were instantly recognised by Sabotage Studios whilst watching footage of The Messenger.

The Messenger launches August 30 on PC and Nintendo Switch. Our own Rich Meister reviewed the game just yesterday, awarding it a stunning score of 10 out of 10.