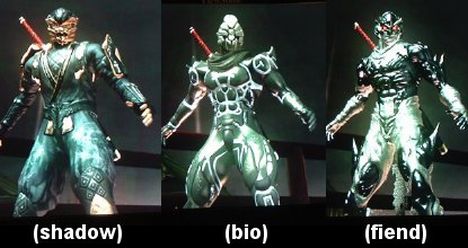 Sure, ninjas have style, but it’s kind of the all-black thing that makes it their signature. Some people may prefer their ninjas decked out in something a little less basic, or at least that’s what Team Ninja hopes with the release of their new Ninja Gaiden II DLC packs.

You can choose from one of three new costume packs that allow you to outfit Ryu in five different colors of each costume. They are called Biometal, Shadow Walker or Fiend, and each will set you back 200 Microsoft points. Ouch, right? Apparel is pricey enough these days in the real world, but then you have to go home and decide what’s best to wear to impress your enemies before you disembowel them. It’s that first impression that counts, you know.

Will you pass on Ryu’s new apparel, or is it too sexy for you to pass up?