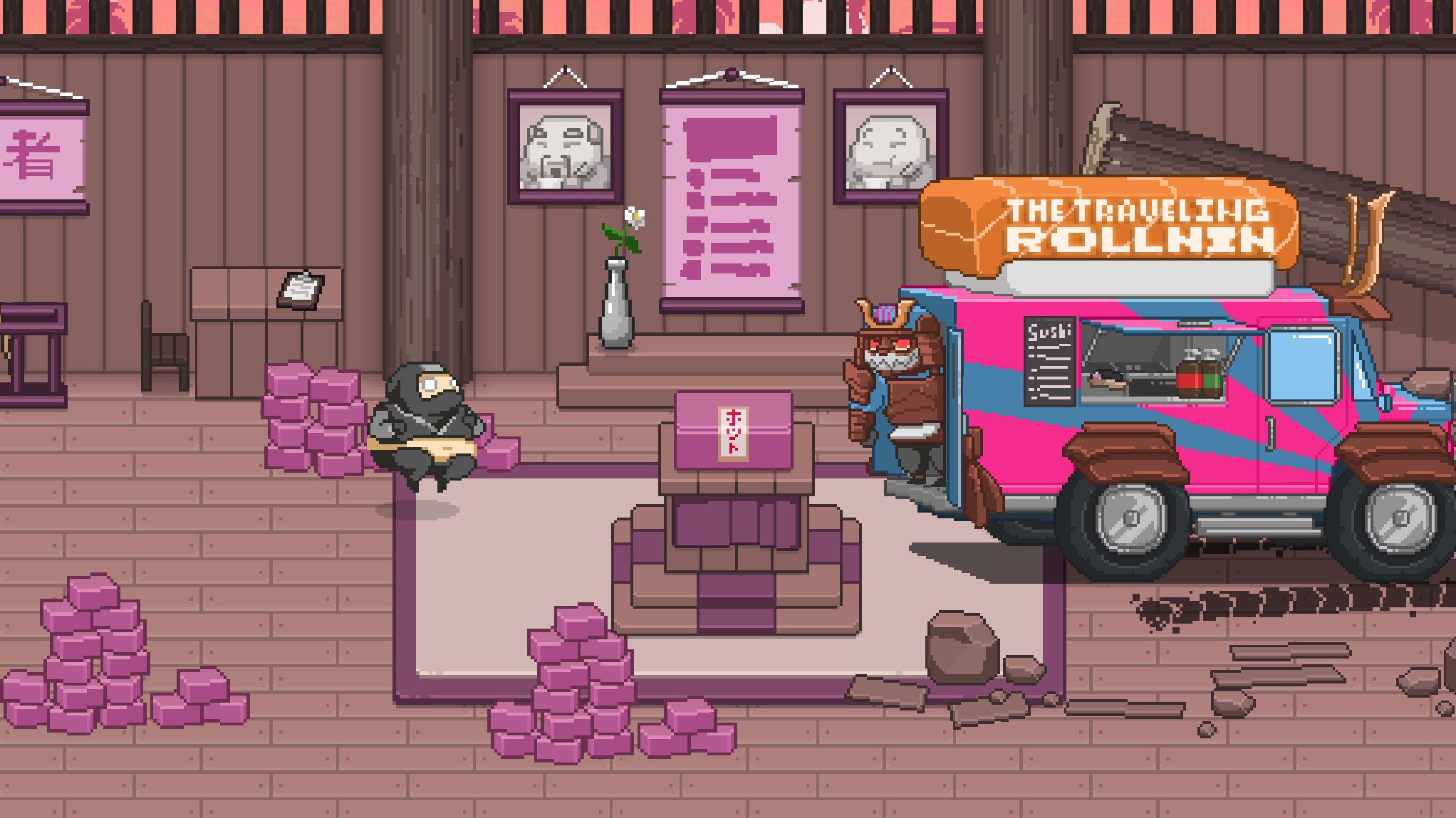 Out now on mobile

For a little over a month now, I’ve been on a diet and a fairly restrictive one at that. It’s probably not the wisest thing to do during the season of gingerbread cookies and figgy pudding, but, somehow, I’ve stuck with it for longer than any weight loss attempt before it. I’ve had to give up a lot of my favorite foods, from chai tea lattes to cheese and crackers, but what I miss most are donuts.

Sweet, wonderful, they-should-probably-be-a-dessert-rather-than-a-breakfast donuts. They used to be the best part of waking up, but now, they’re the constant reminder of why I have a gut. Playing through Ninja Chowdown hasn’t made their absence from my life any easier.

From developer Dummy Dojo, Ninja Chowdown is a free-to-play auto-runner out now on iOS. It’s not an endless runner as the game is broken down into a series of levels that sees the thicc and lovely Donatsu chase down his enemies in his quest to retrieve the stolen Knownut, a glowing golden donut that probably tastes wonderful. Donatsu’s journey will take him from city streets to under the sea to volcanic islands and beyond.

I can’t stress enough how beautiful this game is. The pixel art is top-notch and you can tell a lot of care was put into creating the stages with the fictional businesses you zoom past chasing down your enemy. The character designs have a lot charm to them and the writing is punchy and the exact amount of lighthearted wholesomeness you’d want from a game about a portly ninja chasing down donuts.

You will need both hands to guide Donatsu to the end of each level. Tapping the left side of the screen makes him jump and double jump while the right side of the screen controls his projectiles. You can throw a projectile in any direction depending on which way you swipe your finger on the screen. When you attacking while jumping, Donatsu will actually float in the air. Each level of the worlds you conquer will introduce a new enemy or obstacle, and getting through to the end will require you to know when you can safely touch the ground and when you should probably just keep throwing those ninja stars to stay floating above the danger.

It’s a real blast and a great way to kill some downtime when you’re waiting for Cyberpunk 2077 textures to load on your base PS4. There are high score medals and unlockables to chase down, but really, I’m just here to reunite Donatsu with his one true love: donuts. Ninja Chowdown is free to download with ads that usually pop up when you die a few times. If you want to say goodbye to those, it’s only $2.99 and that also gets you a bunch of coins to spend in the in-game shop on costumes, weapons, and animal sidekicks.